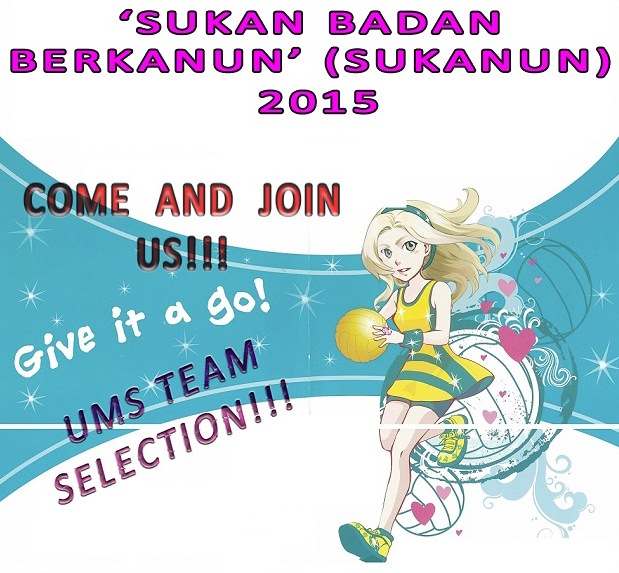 TUESDAY, 03 FEBRUARY – A selection run for Universiti Malaysia Sabah (UMS) Netball Team will be held on 14 February 2015 at the Multipurpose Hall, Sabah Federal Government Administration Complex starting at 8.00 am.

According to the Manager of UMS Netball team, Siti Rofaidah Muhammad Razali, the selection session is to get the best 12 players who will represent UMS at the coming ‘Sukan Badan Berkanun’ or ‘Sukanun 2015’ hosted by Universiti Teknologi Mara (UiTM).

She added that UMS was chosen to be the venue for the event this year.