KESUMBA On board KD Perak 173 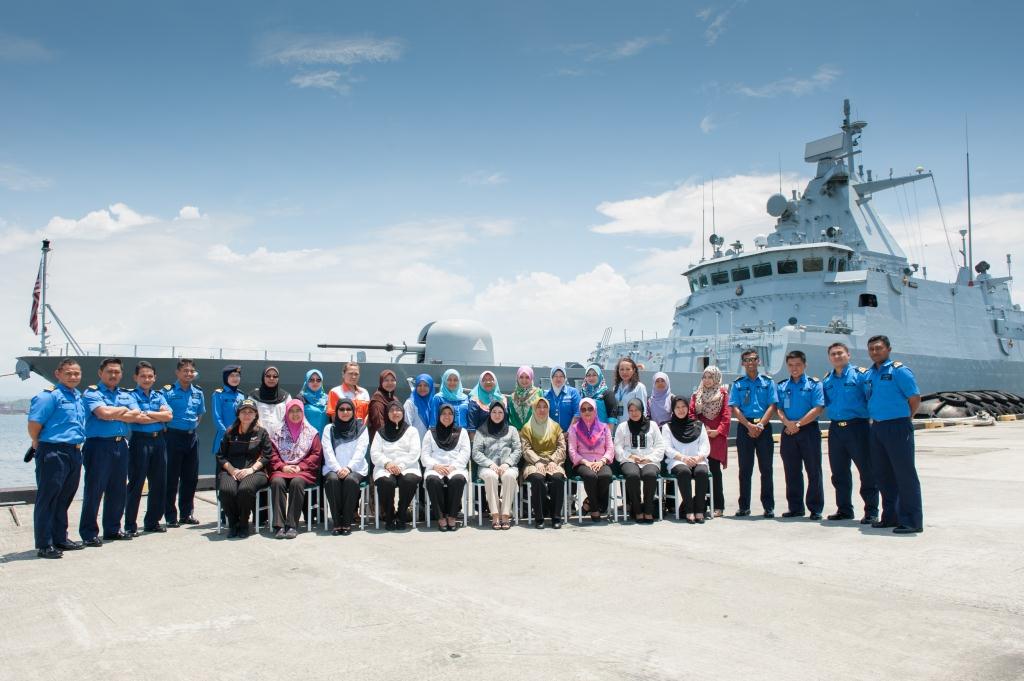 The UMS delegation which was led by the President of KESUMBA, Datin Baidah Ibrahim, wife of the Vice-Chancellor of UMS, Prof. Datuk Dr. Mohd. Harun Abdullah was received by the members of BAKAT Laut led by its Chairperson, Datin Ir. Nor Aishah Mohamed Nasri and her committee members.

In her speech, Datin Ir. Nor Aishah explained the functions of BAKAT, touching on its importance in keeping track with the families of naval officers who were away to answer the call of duty.

“This year, many activities have been lined up for our members such as leadership seminar, talks on ethics and personality, sewing and cooking classes. Sports activities are also part of the activities, as well as Fardhu ain which is organised fortnightly every month,” she added.

Members of KESUMBA were feted to a light refreshment before being taken to a tour inside the naval ship KD Perak 173 which is considered as a smart ship known as the New Generation Patrol Vessel (NGPV).  They were given briefings and were explained the many modern functions of the ship equipped with missiles and Tow Away Sonar among others.

The two clubs will meet for a friendly match on the 19 April to strengthen the just formed relationship.