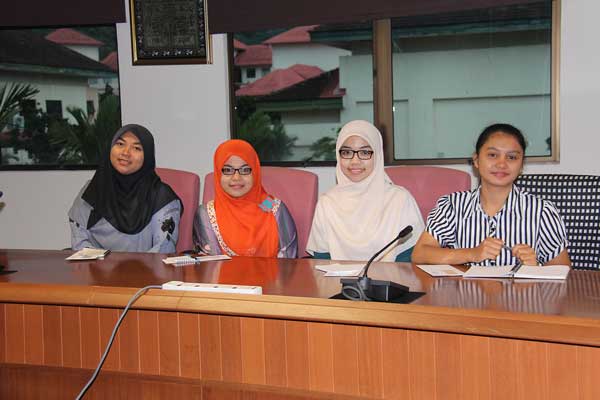 THURSDAY, 06 MARCH – The Student Mobility programme between Universiti Malaysia Sabah (UMS) and Universiti Utara Malaysia (UUM) which involved the exchange of students in the standardised clusters or study programmes created a new dimension for students who indirectly became ambassadors for both universities.

“Apart from being transferred to another university for a semester, the students involved would also be experiencing a new learning environment, gaining a different experience of another university and expanding their horizon through pre-designed soft-skill activities,” explained Prof. Ismail in a simple ceremony attended by students involved in the programme and representatives from UUM.

“This programme will begin in the second semester of the 2013/2014 Academic Session and among the aims are to foster cooperation in terms of the exchange of ideas and learning scenarios between the two education centres so as to produce educators who have a strong character and personality well suited with the demands of being an educator of the nation one day,” he added.