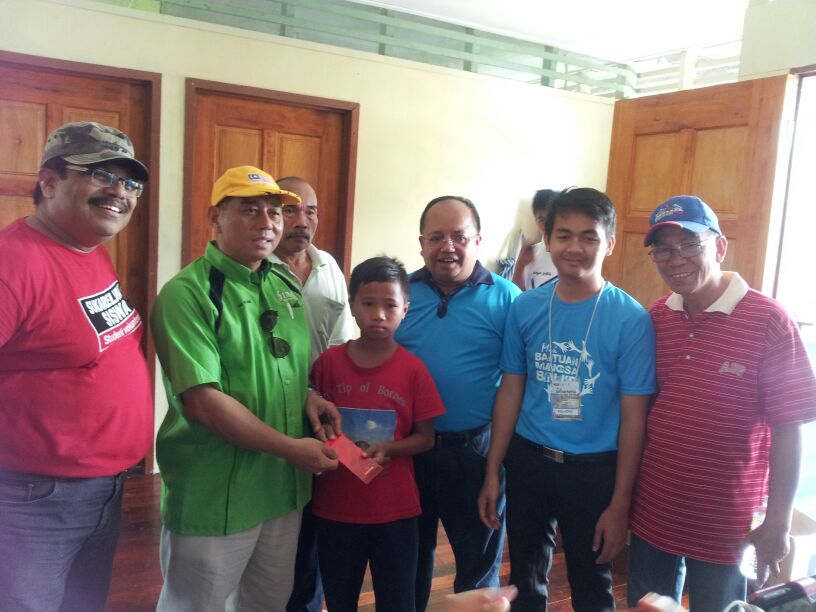 THURSDAY, 27 FEBRUARY – Universiti Malaysia Sabah (UMS) continued in their mission in helping to ease the plight of those affected by the recent floods which hit several districts in Sabah.

UMS, through the initiative of the Student Representatives Council (MPP) in collaboration with the Student Volunteers Foundation (YSS) made a contribution to a family in Beaufort who are now made homeless after being hit by the disaster which was considered to be the worst and destroyed their home.

Cash contributions including clothes were presented by the Deputy Vice-Chancellor of Student Affairs and Alumni, Assoc. Prof. Datuk Dr. Kasim Md Mansur to the Ambitung family at their temporary residence at the district’s Public Works Department quarters.

Meanwhile, Faizal also announced a special assistance from Beaufort MP, Datuk Azizah Mohd. Dun which was a construction of a house to accommodate the affected family who also had two children with disabilities (OKU).

She said with the existence of the house it would help ease their burden after having gone through a difficult time during the disaster which had claimed one life.

“We are grateful at UMS for their concern. UMS students will also lend a hand in the construction of the house,” she added. – SS (FL)