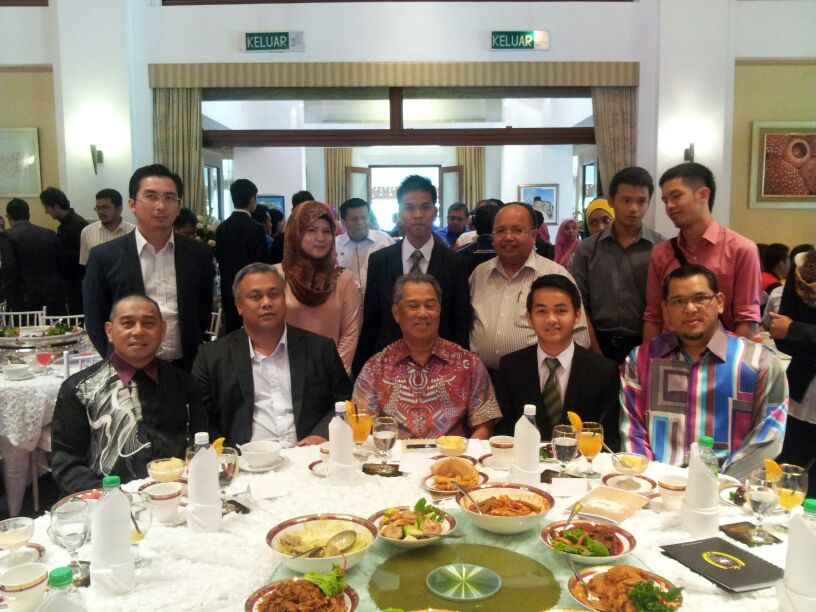 FRIDAY, 21 FEBRUARY – The Deputy Prime Minister of Malaysia, Tan Sri Muhyiddin Yassin who is also the Minister of Education accepted the proposal mooted by the President of the Student Representatives Council (MPP) of Universiti Malaysia Sabah (UMS)to have the Kedai Rakyat 1Malaysia (KR1M) in the campus.

He praised the idea suggested by the President of MPP, Fandyi Sanizan Jurup which he said would help ease the burden of students with the high cost of living nowadays.

“The suggestion proposed by Fandyi is very good and it should be considered at the ministerial level,” he said.

While highlighting the proposal, Fandyi added that the existence of KR1M was important to see to the welfare of the students so as not to be affected with the sharp increase in the prices of goods.

“The price increase in the market could affect students. Therefore, as a representative, I urge the ministry to consider this proposal,” he said in the function held at the official residence of the Deputy Prime Minister.

The visit to the Deputy Prime Minister with the Student Leaders of universities was to celebrate the new MPP of public universities across the nation including the management of the universities who had helped in the development of students’ personality. – ZMD (FL)