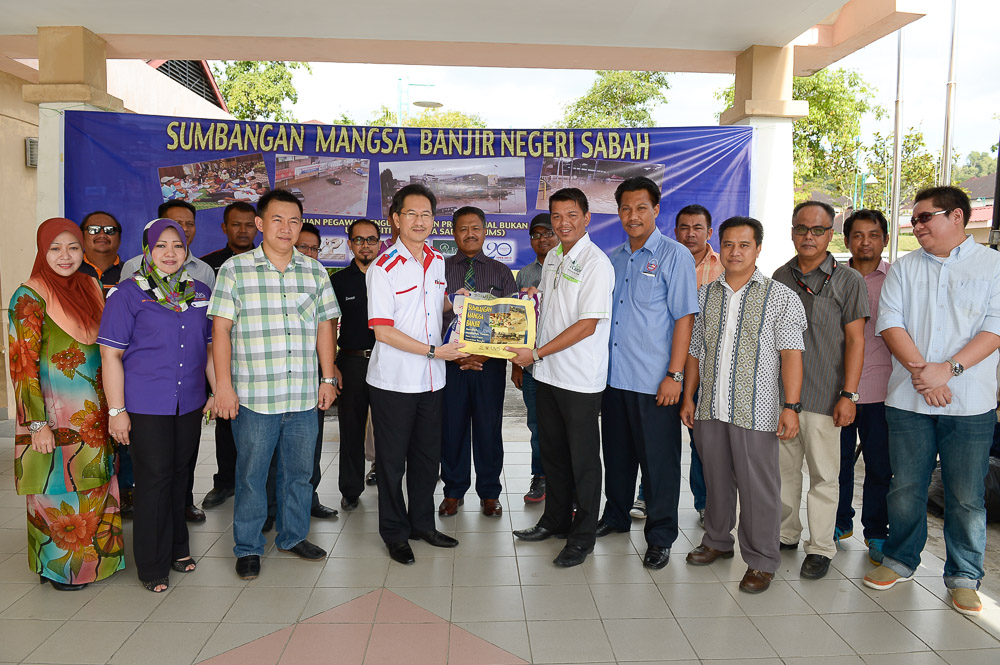 THURSDAY, 20 FEBRUARY – Even though the flood situation in Beaufort had improved, it did not prevent Universiti Malaysia Sabah (UMS) community to do their part in providing assistance to the victims of the affected areas.

About 20 members of the Non-academic Management and Professional Officers Association (PPUMS) today presented aid in the form of mattresses, clothing, foodstuff and cash to ease the burden of the affected families involved in the calamity.

According to the Secretary of PPUMS, Sarianshah Shamsuddin, the assistance provided to the Membakut and Beaufort families were the first phase while the second phase would involve distribution to families in Tenom.

UMS Vice-Chancellor, Prof. Datuk Dr. Mohd. Harun Abdullah when met expressed his thanks and gratitude to all parties who were willing to contribute.

“I fully support the noble efforts organised by PPUMS and hope that more people would join in this humanitarian aid,” he said.

The humanitarian aid organised by PPUMS was not only well received by the campus community but also attracted various companies around Kota Kinabalu. Among those who came forward were Shell Timur Sdn Bhd., Bundu Tuhan Ranau Social and Recreation Club and Green Fund Enterprise.