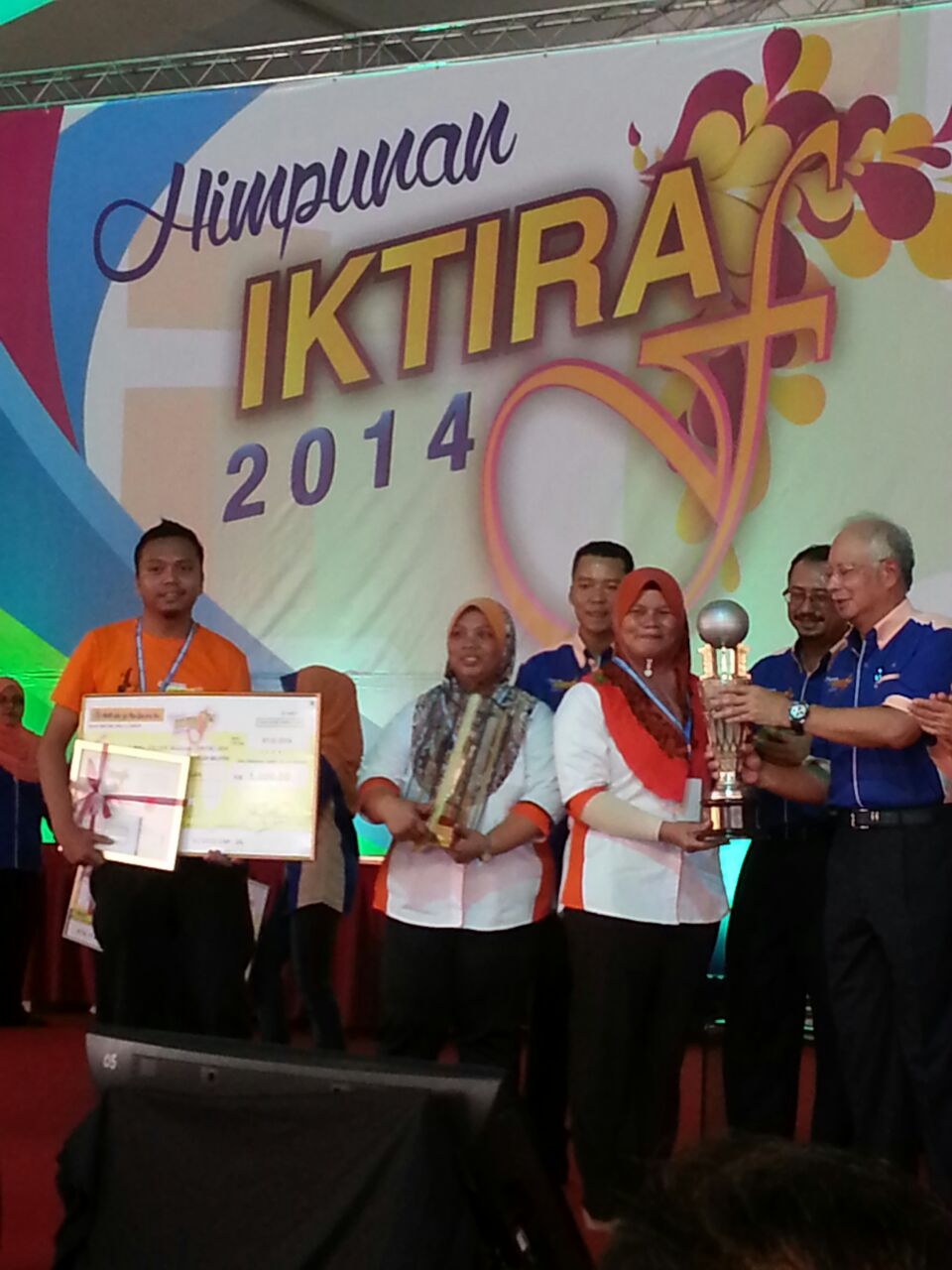 He and another four students are also participating in the various programmes during the three day event was held.

According to Datu Rosman, they have gained new valuable experiences while taking part in the whole programme. The programme was also joining in by more than 25,000 Felda communities from across the nation.

“During the event, we also attend the Premier Forum, a Night with Ustaz Kazim Elias, ‘Malam Cinta Rasul’ and also New Felda Generations Conventions,” he added when contacted after the event.

He also said that the opportunity to take part in a forum slot titled ‘Social Empowerment and New Felda Generations Communities’ at Dataran Pancarona, Putrajaya was also meaningful and informative. The panellist for the panel was prominent figures and one of them is a member of Felda Board of Directors, Datuk Ehsanuddin Mohd Harun Narrashid, who are also the Chairman for National Service Training Council.

The highlight of the event shows the sweetest moment for Datu Rosman together with the contingents from Felda Sahabat 2 Youth Association (MBFM), Felda Sahabat Region, Sabah come forward to the stages, for winning the Malaysian Felda Youth Premier Cup.

The opening and prize-giving ceremony was officiated and presented by the Prime Minister of Malaysia, Dato’ Seri Mohd Najib Tun Razak. –SS