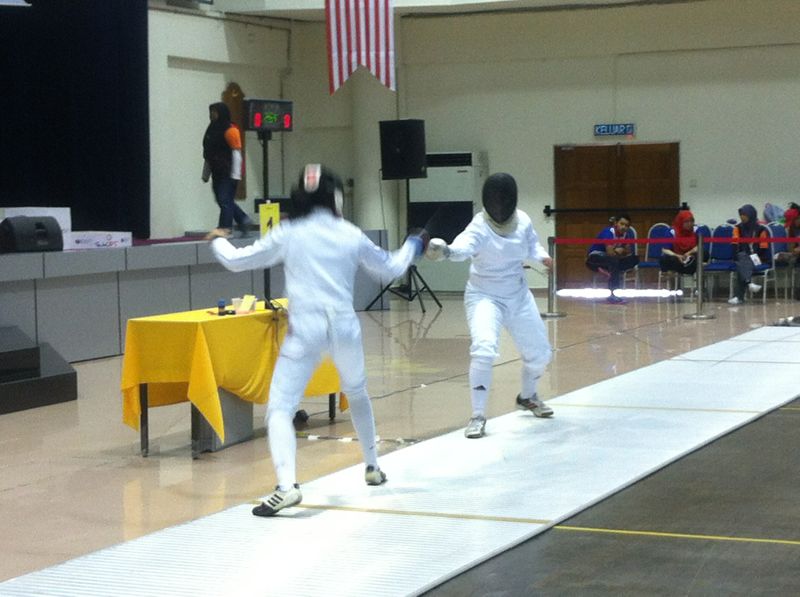 UMS contingent added another gold to their tally with two silver and three bronze through six events.

Head secretariat of the university’s contingent, Charles Thomas when contacted by Chancellery media said, the gold was contributed by fencer Laura Simon through the Women Epee category.

According to him, Laura struggled through the semi-finals in a tough battle that saw her fencing her way to the finals against Universiti Putra Malaysia (UPM) fencer with a 15-14 point.

“Her brilliant performance carried through to the next round when she beat host UiTM with 15 points against 11.

“Two silver medals were collected by El Said Aziz and Maxanzie Jetol through the Men Long Jump and Men Javelin respectively,” he said.