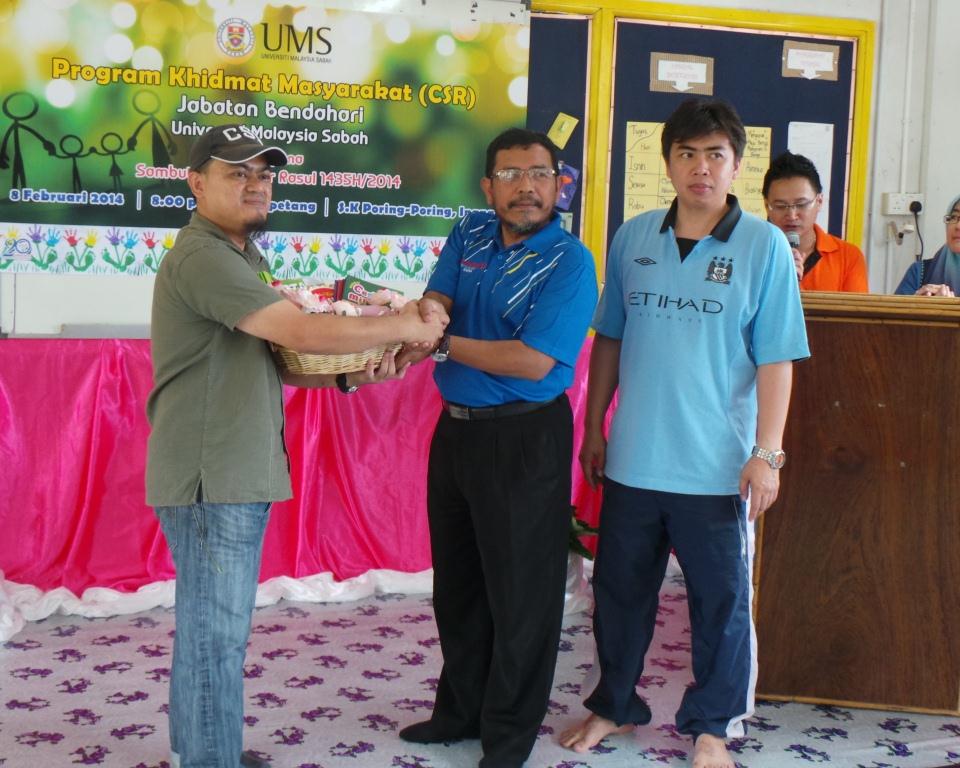 MONDAY, 10 FEBRUARY – Universiti Malaysia Sabah (UMS) Bursar Department recently organised a Corporate Social Responsibility (CSR) Programme at SK Poring-poring, Inanam in conjunction with Maulidul Rasul.
Headed by the Bursar himself, Hj. Rizal Othman, the Bursar Department along with its more than 100 strong staff consisting of all levels held a gotong royong in and around the school’s premises where some buildings were given a new coat of paint.  The school’s much-needed kitchen was added with a new refrigerator, kitchen stove and racks which were also donated by the Bursar Department.

A collection of books for their Resource Centre and some clothing for the pupils were also handed over to the school Principal, Budhi Rahmad bin Hj Suparno. An adopt-a-child programme was also held, which would ensure that the ‘adopted child’ would be taken care of by their adopted parent until they finished their school in SK Poring-poring.
Hj Rizal in his speech said that the Malaysian Education Ministry had urged all departments under its ministry to conduct CSR so as to be able to reach to the grassroots and for them to understand more about the functions of the bursar department in an organisation.

“Our duty is to inform the community our role and function. It is for us to enlighten the community on financial planning, for the future of their children,” he said before ending his speech.
Also present were Senior Deputy Bursar, Zallifah bte Shadan; Deputy Bursar, Mohamad Edrus bin Othman; and Kampung Poring-poring Village Head, Widdy Madaun. – FL