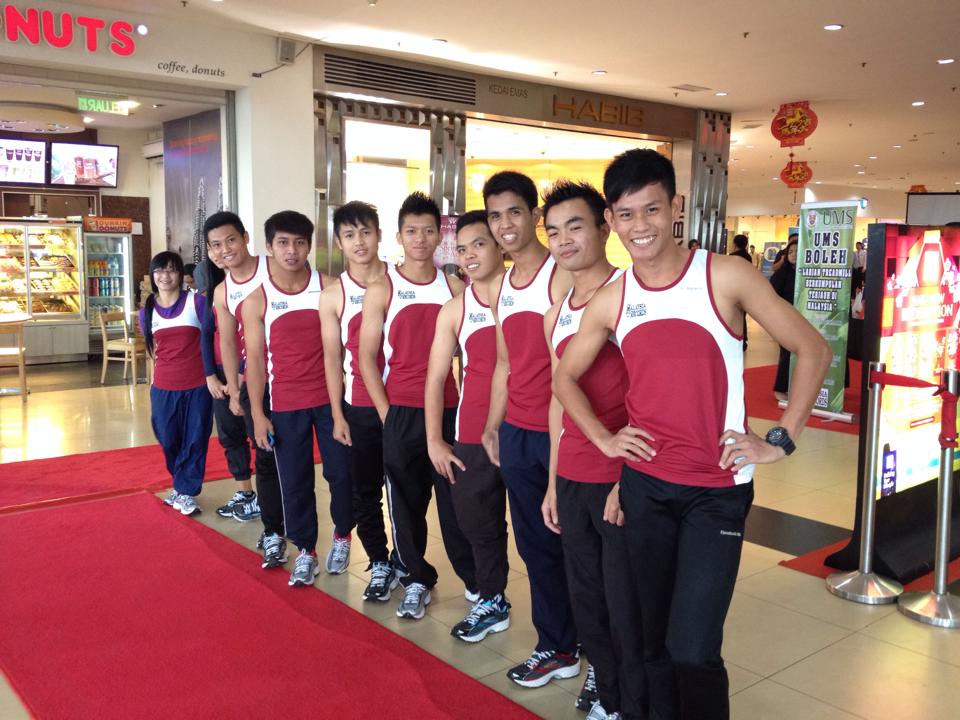 MONDAY, 27 JANUARY – The record for ‘Malaysia Longest Distance Running on a Treadmill in a Group’ was previously held by Universiti Teknologi Mara (UiTM) Samarahan with 120 hours run was broken by Universiti Malaysia Sabah (UMS) yesterday with a record 144 hours.

According to the coordinator of this programme, Stephanie Chok, the record number of 144 hours was the minimum target for six days of running.

“Our goal is to achieve 264 hours and our athletes will try to increase the time to as long as possible even though some are injured,” she said.

She added that the challenge was not only felt by the athletes but also the crew, but they had shown a strong commitment and made sure the programme ran smoothly.

According to one of the athletes, Zulkilinsius Lairi, the knee injury which affected his ligament did not dampen his spirit from continuing with the run.

“The injury is not a barrier for me instead it had inspired me and my friends to continue towards achieving our goal,” he said.

As for special needs athlete (OKU), Abner Moilie, he said although exhausted, they went through many challenges, and did not want to disappoint various parties especially their parents who also supported their efforts.

Stephanie extended her heartfelt gratitude to all UMS staff and students for their support and to the athletes who were involved in placing UMS’ name in the Malaysia Book of Records.

The run which involved eight male and one female athlete will continue until 31 January 2014. – ZMD (FL)