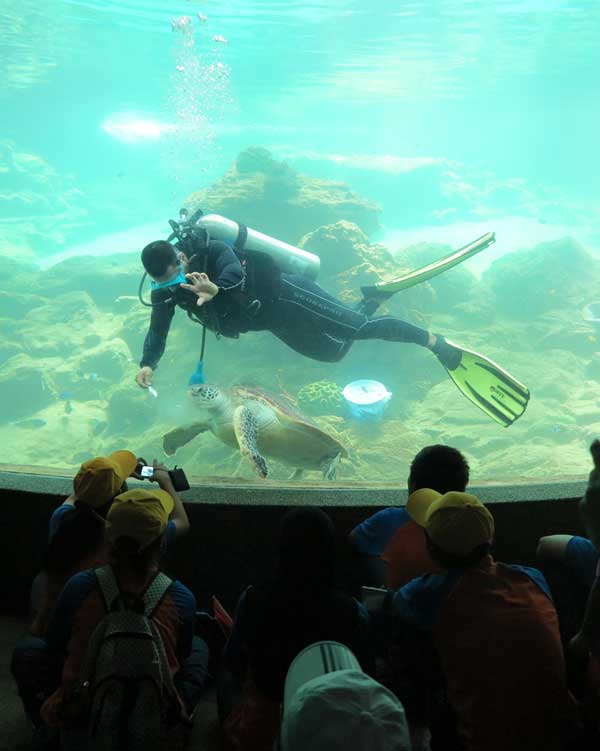 Of the total, 13,230 were local visitors, 3,095 foreigners and the rest were the unversity’s official guests, the Special Needs (OKU) and UMS staff.

According to the Curator of the Museum, Flora Anne Asalin, visitors were expected to rise until end of the year 2013.

The marine museum which is managed by the Borneo Marine Research Institute (IPMB) is open to public every day except on Wednesdays and public holidays, starting from 9.30 am until 4.30 pm.

She was quoted as saying when contacted by UMS Chancellery Media today. – SS