Partial Blindness Not a Deterrent 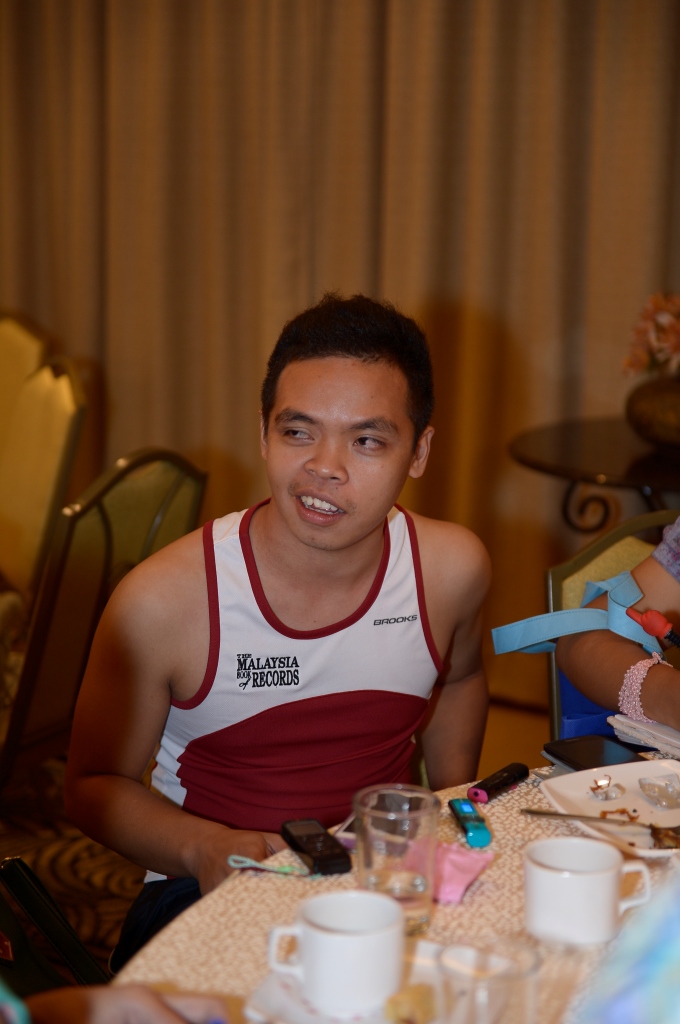 THURSDAY, 2 JANUARY 2014 – Being partially blind does not deter Universiti Malaysia Sabah (UMS) student, Abner Moilie to create a Malaysian record along with his peers for the Malaysia Book of Record: Longest Distance Running On a treadmill By a Group 2014, a record which is presently held by UiTM Samarahan branch.

The Second Year Bachelor of Sports Science student who hails from Tamparuli, Sabah is determined to finish the run on treadmill for 2 hours on rotation with his peers for 11 days. Abner also has the support of his family and has been doing periodic training in preparation for the challenge.

“I divide my training in the afternoon and night with jogging and running on the treadmill to ensure a high physical endurance. Based on the training before, I believe I can carry out the run for 2 hours non-stop,” he said.

He majors in coaching and the upcoming achievement would become his driving force to pursue his ambition as a sports coach.

Meanwhile, a female participant, Dona Suan shared the same tactics in her exercise routine in preparation for the challenge.

The Third Year Sports Science student started her training based on physical and mental strength over the past two weeks.

“I believe there is no problem in doing the two hour run as I am a long distance runner myself, in the 3000 metre and 1500 metre events. My hometown, Kampung Lokos, Tamparuli is a hilly area which contributes to my being resilient as I had to walk to school through the hilly route,” she explained.

Having adequate training equipment added to her confidence as well as her peers’ to jointly set a new record for the glory of UMS. – MA (FL)