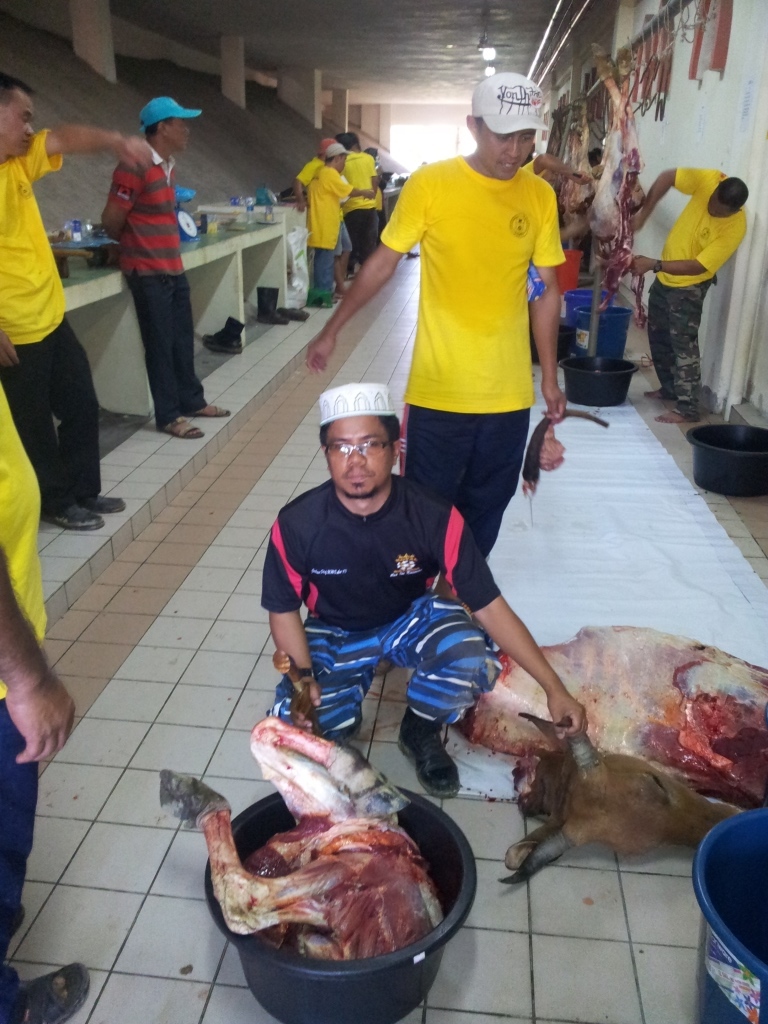 THURSDAY, 17 OCTOBER – “Contributors should also participate in ibadah Qurban, and not just contribute in terms of money.”

This was expressed by the Deputy Dean for Academic and Student Affairs of the School of Food and Nutrition, Dr. Mohd. Rosni Sulaiman who was also one of the staff in charge of meat slaughtering, lamented on the poor turnout of contributors during the sacrificial slaughtering of cows.

He said the turn out was only about 10% of the total number of contributors, which should not have happened for they should also be present during the ibadah Qurban itself.

“As we all know, ibadah Qurban is an ibadah that is very noble and it brings us closer to Allah SWT. Indeed, the virtues and advantages of ibadah Qurban is enormous on those who carry out this order of Allah SWT,’ he said.

He also added that monetary contribution was not a measurement, but what was important was the ibadah Qurban be performed together, or at least the contributors present to be witnesses.

“The least we could do is to have takbir together or watch the slaughtering process being carried out. At least they would be able to appreciate the essence of this ibadah Qurban,” he said.

Therefore, he hoped that the contributors would spare their time to jointly perform this ibadah Qurban in future.

More than 50 UMS Community participated in the slaughtering and distribution of Qurban meat in conjunction with the Qurban Council 1234H/2013M UMS Level. The slaughtered meat were then distributed to more than 100 recipients comprising new converts, the poor and low income earners. - FL