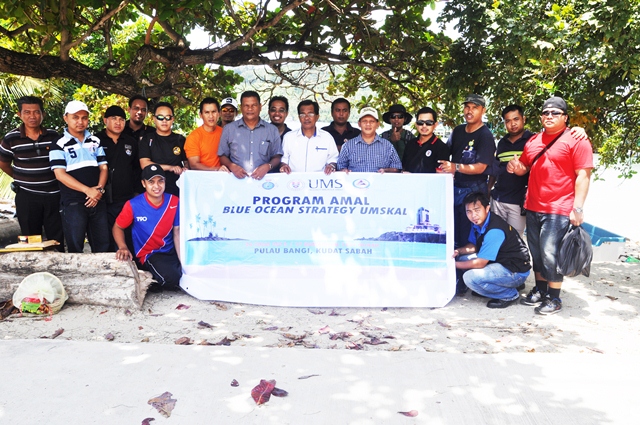 UMSKAL Director, Assoc. Prof. Dr. Ismail Ali said the programme was aimed at increasing the level of awareness to government and government agencies’ staff to ease the burden of those who need help.

He was representing the Vice-Chancellor of UMS, Prof. Datuk Dr Mohd Harun Abdullah, he said that it will also strengthen the relationship between UMS and the community thereby instilling the reading culture among the public.

“It is a noble effort by the staff and not to dampen their enthusiasm eventhough in the month of Ramadhan where they have to be under the hot weather,” he said this at the handing over of 100 units of mattresses and 150 unit of chairs to the representative of the Banggi Island community, Amir Hamzah. Participants also handed out dates and reading materials for the community’s use including students at Banggi Island in Kudat.

Meanwhile, Member of the Legislative Assembly (ADUN) for Banggi, Datuk Abdul Mijul Unaini expressed his thanks and appreciation for their efforts to reduce the burden of the community in Banggi Island.

He was represented by Amir Hamzah and hoped that the contributions and assistance will foster a closer relationship between UMS and the community of Banggi Island.