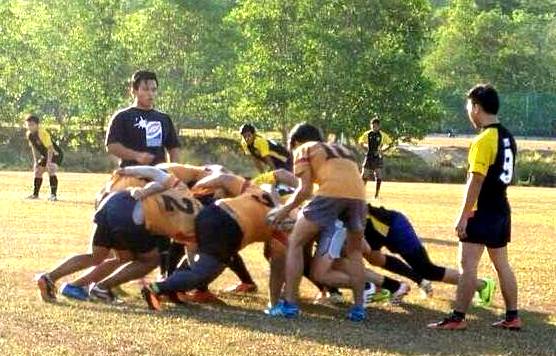 Known as UMS Heron, the second division league champion last season is undergoing training and had held friendly matches in preparation for maintaining their fitness and performance of every player who will be in the tournament.

Head coach of the team, Dr. Mohamad Nizam Nazarudin said, the series of friendly matches were held to help the players get use to the style of play in the competition.

“Stringent training such as fitness and cardiovascular endurance were also carried to strengthen the team,” he told UMS Media.

Not ruling out that the competition would be a stiff on, he stressed that UMS Heron would focus on strengthening the team and not just to win the title.

“Although the team loss a player who hailed from Fiji and has since graduated, I believe that the team has a great mental endurance and the ability to present us with a good game,” he added.

“I believe the combination of old and new players will form an incredible aura and strength,” he added with zeal. – ZMD (fl)