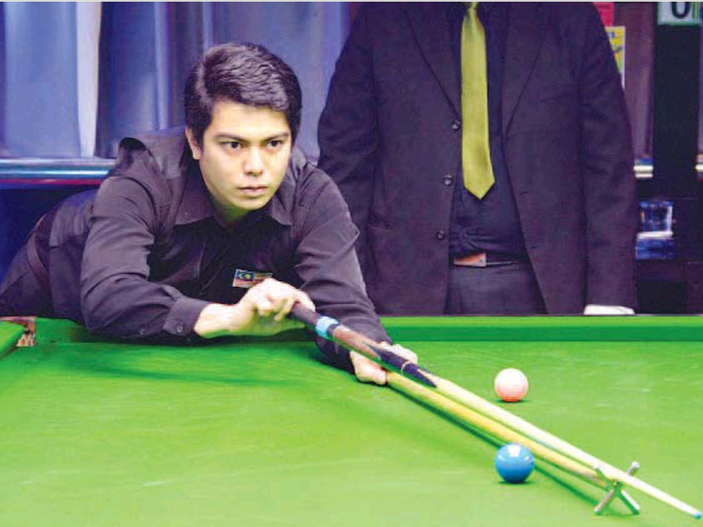 THURSDAY, 23 APRIL – Universiti Malaysia Sabah (UMS) continues to produce students who are balanced and competitive to face the ever increasing global challenges.

Recently, a UMS student created history when he was chosen to represent Malaysia in Snooker.

Sheldon Senagang, a student of Entrepreneurship Programme, Faculty of Business, Economics and Accounting made a name for himself when he was listed as one of the players at the 2015 Asian Snooker Championship which began today in Kuala Lumpur.

He said this in a statement and was quoted to be happy to have been chosen on a national ticket at the event that was also attended by snooker champions around Asia.

“I have been practicing for a few months now for the championship. When the Malaysian list was announced, I was very proud to see my name among those listed. It’s like a dream come true,” he said, according to the statement.

The Asian Snooker Championship will be held for eight days until 30 April. - SS (fl)