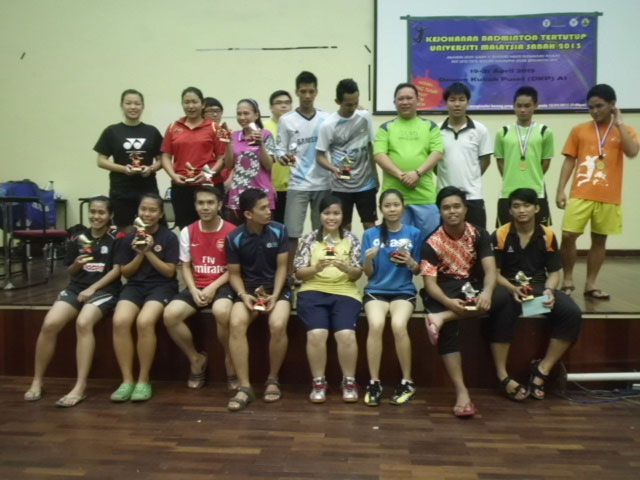 In the Mixed Doubles, Shuttle Club team was forced to accept defeat and took the second spot when they lost in the deciding set to Skema 2 with 21-17, 18-21 and 21-13. Skema team had to settle for third place. Meanwhile, Staff Doubles saw SUKIM team took the first spot, Jalil team second spot and Sport Dynamic the third.

According to the Badminton Programme Director who is also the MPP Sports and Recreation Exco member, Pang Ngiap Ting, the championship attracted 40 teams and was also seen as a good platform to foster closer ties among students regardless of ethnic, race and creed. Pang expressed his satisfaction with the students and invited clubs’ involvement and added that many other sporting activities will be organised in future and hoped that there will be more entries from students. He also recorded his appreciation to the invited clubs namely SBA and Labuan including all staff who participated in making the championship a success. – FL