UMS Does Not Ban Students Who Speak Their Mind 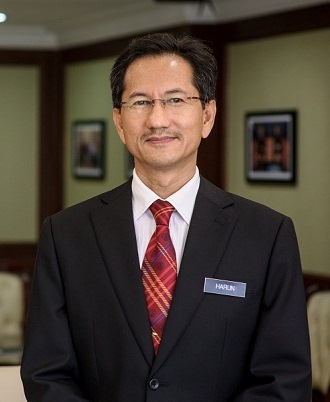 Hence, the Vice-Chancellor, Prof. Datuk Dr. Mohd. Harun Abdullah vehemently denied when a university official in a local newspaper recently alledged that 100 students have been dismissed for being vocal in speaking their views and struggles.

“The university has always been open to hear any complaints or concerns raised by students. We also encourage students to debate through public lecture that is beneficial, to improve their soft-skills,” he further added.

Describing the allegations as baseless and more of a sabotage, Datuk Harun said any issues and problems involving students will be tried by the Law and Discipline Division of UMS and the university will not dismiss its students indiscriminately.

“I regret the statement by the officer and I believe he or she has his or her own agenda. This statement is not relevant and I am extremely embarrassed if the said officer who declined to be named is a staff of UMS who proudly utter such seditious and anti-unity statement,” he stressed.

Datuk Harun however did not rule out the possibility that there were students who had committed offence and referred through AUKU and had since received their sentence after hearing.

“The sentence is in the form of semester suspension or suspension in staying in the residential college, and not dismissed from the university. We convict them according to AUKU, its rules and regulations stated in UMS after they were proven to be guilty. But it is not the final decision because we will give them chance to appeal,” he said, describing the sentence as UMS’ effort to raise awareness and consciousness.

He also said that the perpetrator would be investigated as it was seen to be an attempt to discredit the university. – SS (fl)