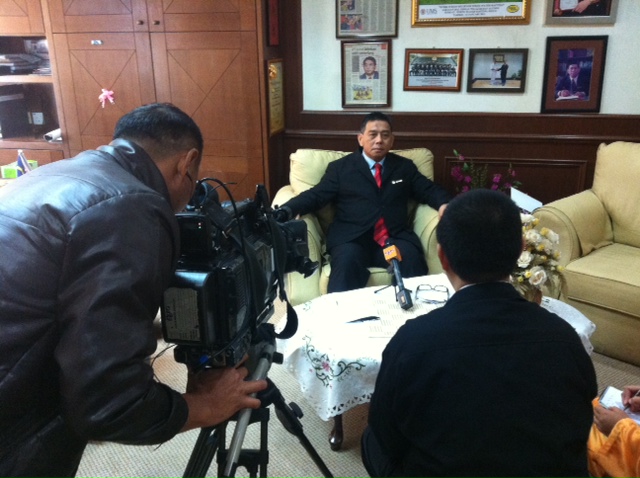 TUESDAY, 01 JULY – The country is still not ready to abolish the Cabotage Policy.
According to Universiti Malaysia Sabah (UMS) Economist, Assoc. Prof. Datuk Dr. Kasim Md. Mansur, one of the criteria for the termination of the policy was the modernisation of ports infrastructure in Sabah and Sarawak, the ability of local merchants to compete with foreign traders besides other issued involving national sovereignty.

Datuk Kasim, who is also the Deputy Vice-Chancellor of Student Affairs and Alumni (HEPA) said the notion that some ships were not permitted to dock off Sabah and Sarawak waters was also not true.

“At present, other ships are permitted to dock here but they prefer to continue to Port Klang as the demand and population are more in the Peninsular than Sabah and Sarawak,” he explained during an interview session with journalists in relations to a report in the local newspaper calling for the Cabotage Policy to be abolished.

Datuk Kasim clarified that cost saving was a major concern in trading, thus many shipping companies chose to save on logistics charges by sailing directly to Port Klang based on the high demand there.

He also added that almost all countries in the world, which were surrounded by ocean also observed the same policy.

He said it was a measure undertaken to protect local merchants from being overtaken by foreign traders and as a means to protect the sovereignty of the country.

“The policy also allows the government to maintain the value of currency to prevent uncontrolled flow of money out of the country,” he further added. – SS (fl)