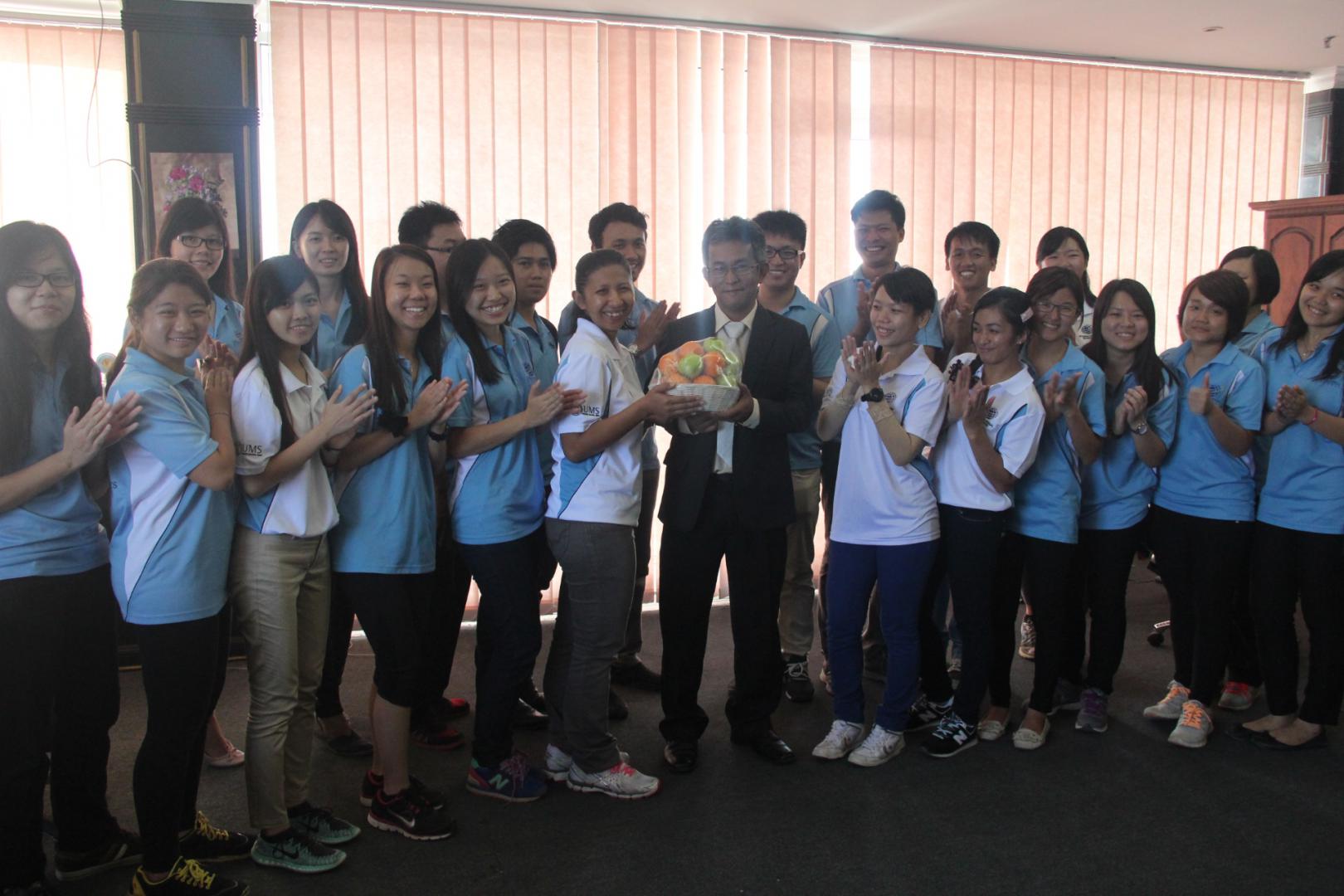 They obtained various information about the economic and industrial fields as well as ports and shipping, which also boost the economy of the Federal Territory of Labuan.

According to Rini, the delegation comprised first and second year students were exposed to the local and global economy, offshore financing, career opportunities and functions of FSA and LLPM.

“Students also had the opportunity to find out more about the field of management in Labuan FSA and LLPM, two agencies that help stimulate the economy,” he said.

He was speaking after a courtesy call on the Director of Labuan International Campus (UMSKAL), Associate Professor Dr. Murnizam Haji Halik at his office at Level 13, Tower Building.

Dr. Murnizam said various activities can be participated by students including water sports and beach activities that have became an icon in UMS Labuan.

The students also organised community activities at Kampung Pantai that exposed them to village atmosphere in this duty-free island.

Rini hoped the three-day visit to Labuan was able to open up the students’ minds about the industry and the rapid development which was booming as a result of commitment by the federal government through the Ministry of Federal Territories and Labuan Corporation since 1984. – ZMD (fl)