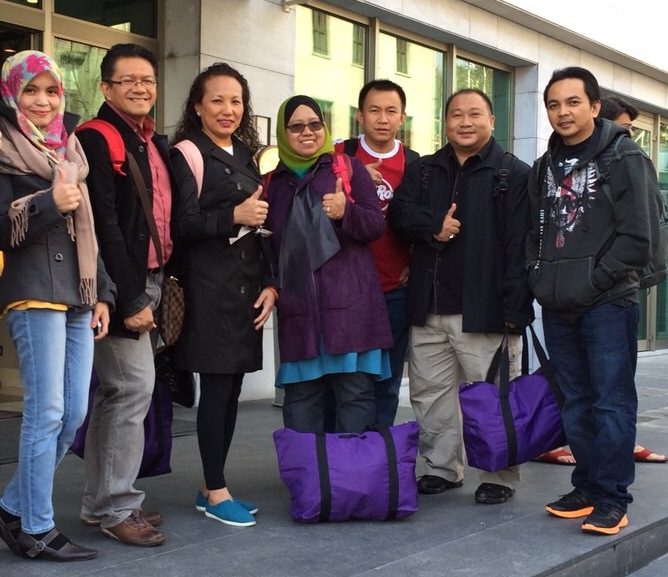 THURSDAY, 02 APRIL – An internationalisation programme to Istanbul, Turkey was recently participated by a seven-member delegation from the Professional and Management Officers (Non-Academic) Association (PPUMS) of Universiti Malaysia Sabah (UMS).

The aim of the programme was to discuss and exchange cultural information among the locals besides understanding Turkish working culture that can be adopted and applied at UMS.

The participating members were brought to some well-known heritage in and around the beautiful city of Istanbul such as the Sultan Ahmet I Mosque which also known as Blue Mosque, Hagia Sophia, Roman Hippodrome, Topkapi Palace, Spice Market, Süleymaniye Mosque and one of the largest covered markets in the world, the Grand Bazaar.

Istanbul was chosen as the choice destination because of its location and lifestyle where east meets west as it adopts the Asia and Europe’s way of life.

Among those who were in the group were the Deputy Senior Bursar, Zallifah Shadan; Deputy Chief Librarian, Zawawi Tiyunin and Deputy Bursar, Badrul Hisham Ismail. – FL