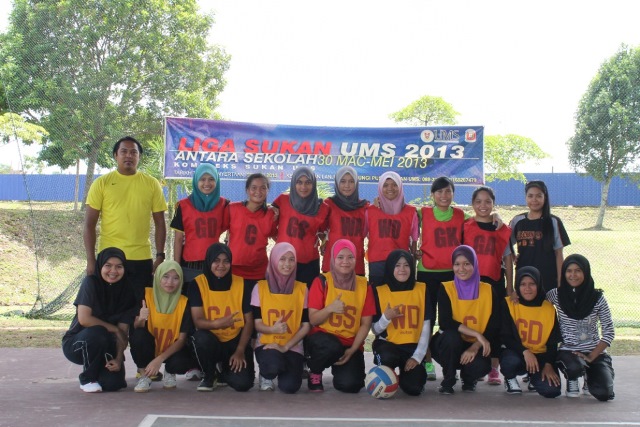 The deciding game for third place saw the School of Engineering and Information Technology (SKTM) beat the team from the School of Arts Studies (SPS) with 9-3 score. Earlier at the semi-finals, SPPS beat SKTM with a total point of 8-2, whilst SPE beat SPS with a score of 11-8.

At the start, the championship involved a 3 team league that saw Sport Science students representing SPPS won the Group A match whilst SKTM took the title in the Group B and SPE in Group C. These three teams won all matches in their respective groups.

In the meantime, Sport Science lecturer, Dr. Mohamad Nizam Nazarudin said that he was satisfied and proud with the SPPS team for retaining the title every year in the netball sports league. He added that the netball development programme should be intensified in UMS by involving more students to this sport.

9 teams which represented their own schools took part in this Inter-school Netball League Championship which was held over 2 weeks. The Deputy Vice-Chancellor of Student Affairs and Alumni (HEPA) UMS, Assoc. Prof. Datuk Dr. Hj. Kasim bin Hj. Md. Mansur officiated and gave away the prizes at the closing ceremony of the championship. - FL