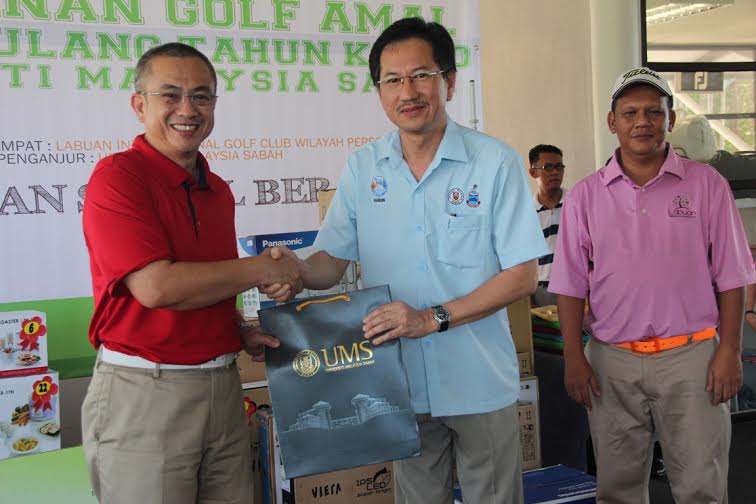 The chairman organiser, Associate Professor Dr. Ismail Ali said, the tournament was the only one time tournament held was joined by golfers from Sabah, Brunei, Labuan and UMS main campus and also Labuan International Campus (UMSKAL).

The tournament was held to increase fund for the Small Islands Research Centre projects.

“The Charity Golf Tournament was also held to help UMS students’ welfare; aiding the community program in Federal Territory of Labuan. This tournament was also a medium for the government agencies and departments, private sectors and non-government organisations (NGO) to close the bridge between us,” he said. Assoc. Prof. Dr. Ismail Ali is also UMS Deputy Vice-Chancellor of Student Affairs and Alumni.

The tournament, tee-off at 7.30 in the morning, was held with three different categories which are VIP, golfers with 0-18 handicap and 19-34 handicap.