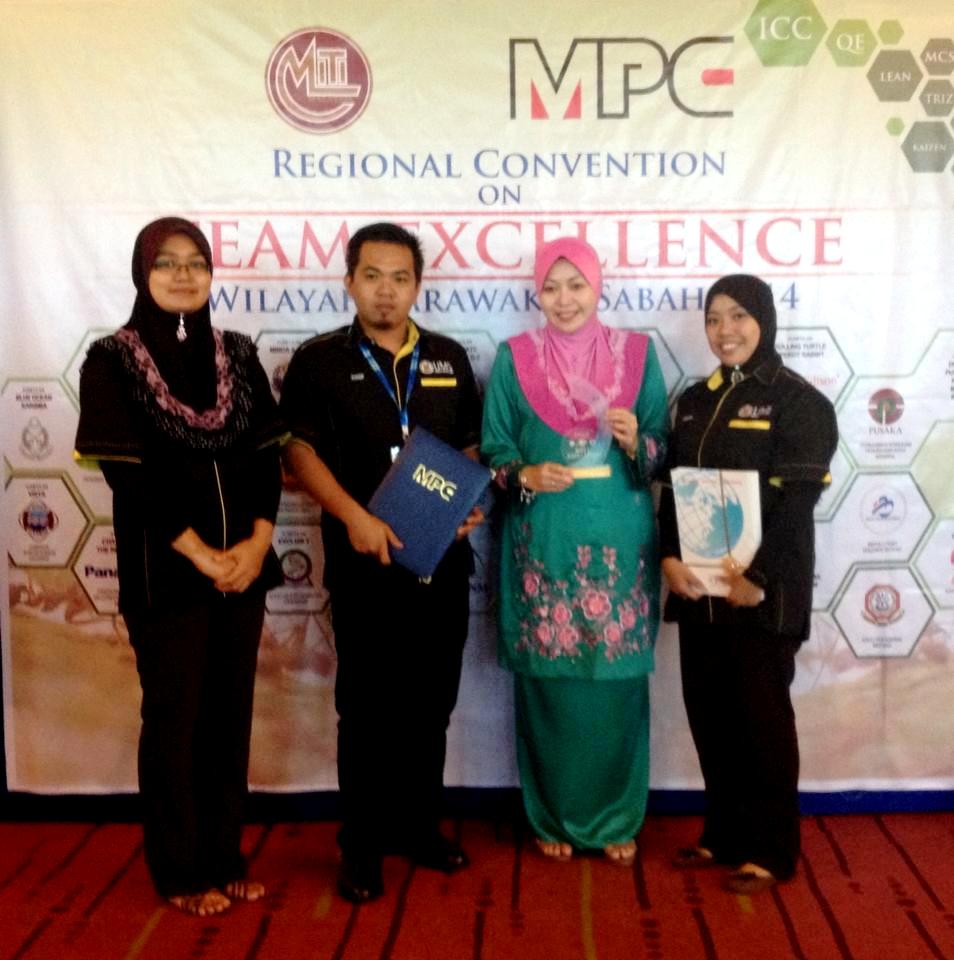 AKAL clinched the gold medal at the competition competing with 34 other groups from government agencies and private companies in Sabah and Sarawak.

The group presented their project called ‘Instructions Delivery Method and Less Effective Exam Rules’ found that among the causes of problems were students’ attitude who do not heed to instructions and exam rules besides being less sensitive to the audio system.

Thus, AKAL proposed a solution in an innovative way when they combined the audio and visual elements in conveying rules and regulations so as not to interfere with the examination conducted each semester.

With the win, AKAL Team headed by Roslianah Opao will represent Sabah and Sarawak along with nine other members to the National Level Excellent Team Convention to be held this coming October.

Held at the Four Points Hotel, Kuching, Sarawak, the programme organised by the Malaysian Productivity Corporation (MPC) among others was aimed at promoting and intensifying the efforts of the organisation to improve work productivity. – ZMD (fl)