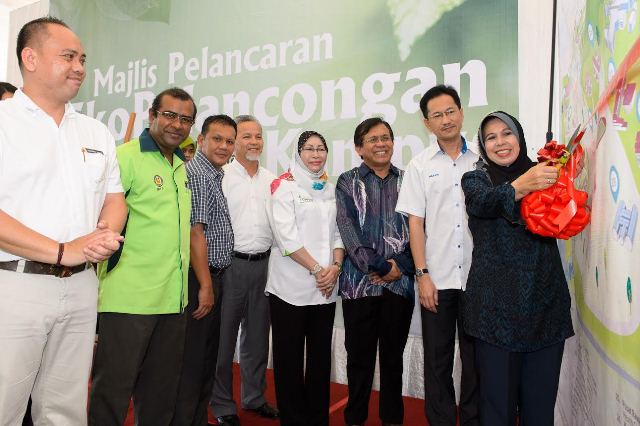 MONDAY, 29 SEPTEMBER – Universiti Malaysia Sabah (UMS) became the first ecotourism university in Malaysia when it was launched in conjunction with World Tourism Day, which was celebrated last Saturday.

According to the Minister of Community Development and Consumer Affairs Minister, Datuk Hajah Jainab Datuk Seri Panglima Ahmad Ayid, the launching of EcoTourism programme @ Campus was seen as a proactive move in carrying out the national aspiration to further strengthen the country’s ecotourism industry.

“In addition to focusing on economic profit and increase employment rates, especially for the local community, nature tourism in UMS is an effort to raise public awareness on the conservation of nature and culture,” she said.

She added that the research on nature conservation should go beyond statistical analysis and figures so that they can give privileges to UMS because Sabah is a state rich in topography and biodiversity.

“Ecotourism will be one of the important contributors to the local community and strengthen its capability in achieving sustainable development,” she added.

For the record, UMS received a total of 80,000 visitors last year, comprising both local and foreign tourists. – ZMD (fl)