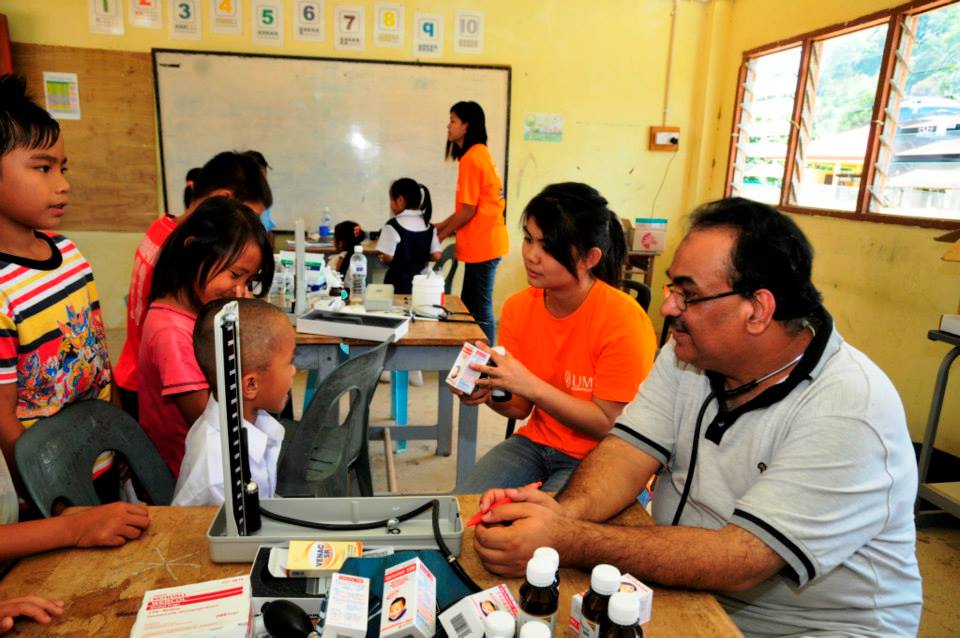 MONDAY, 30 SEPTEMBER – The public are advised to go for regular health checks to detect chronic diseases such as hypertension and diabetes and to detect kidney problems at an early stage.

Dean of the School of Medicine (SPU), Universiti Malaysia Sabah (UMS), Prof. Dr. D. Kamarudin D. Mudin said the public should not take this lightly which he described as a silent killer.

“Kidney disease does not have symptoms that are obvious. Without health checks, most patients would only realise it when it reaches critical stage,” he stressed.

He said this when contacted by Chancellery Media to comment on an article in a local newspaper which reported that kidney patients are on the increase every year.

Dr. Kamarudin said chronic disease patients such as diabetes and high blood pressure are at risk in contracting this illness.

He added that urinary tract infection and kidney stone patients have the same risks.

“In this matter, they should control their eating habits and always adhere to doctors’ advise especially when taking medication,” said Dr. Kamarudin.

According to the National Kidney Foundation (NKF) 2012 report in the newspaper today, 4,000 patients have kidney failure every year and the number is expected to grow if effective preventive measures are not given priority. - FL