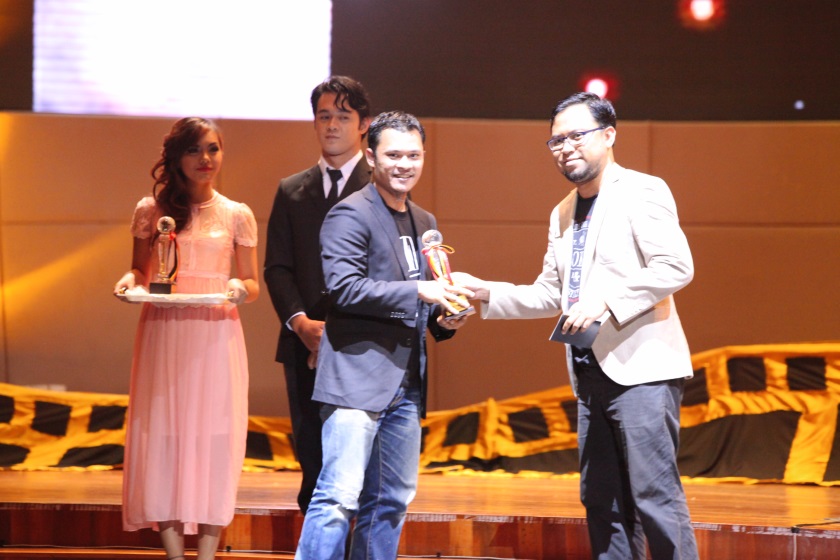 When met, Ku Mohamad said that the victory was the result of hard work in producing something extraordinary by using his filming knowledge learned through the courses offered at the Visual Arts Technology Programme, FKSW.

He said the support and guidance of his lecturers and course mates also had an influence in producing film using visual effects as the background of the movie.

“During lectures, we are often challenged by our lecturers to use technologies and techniques related to visual effects in producing a masterpiece. This is important to enable us to compete and get into the real filming world that are now using the latest technologies,” he added.

Meanwhile, project advisor, Adley Bromeo Bianus said that FKSW through the Visual Arts Technology Programme and Creative Arts Programme would continue to send their best works to film competitions held outside of UMS.

In fact he said the move to expand students talents in film through quality work was initiated by UMS itself through film competition called Digital Screen Awards last year.

“To ensure UMS is able to compete with other institutions of higher learning in the filming industry, we have to do something differently by focussing on the use of digital special effects in the films produced. Besides that, we also encourage students to produce their story based on history and Sabah as their background as part of their works,” said Adley.

He also expressed hope that with Ku Mohammad’s victory this would encourage other students to continue producing good films and competitive. – (fl)