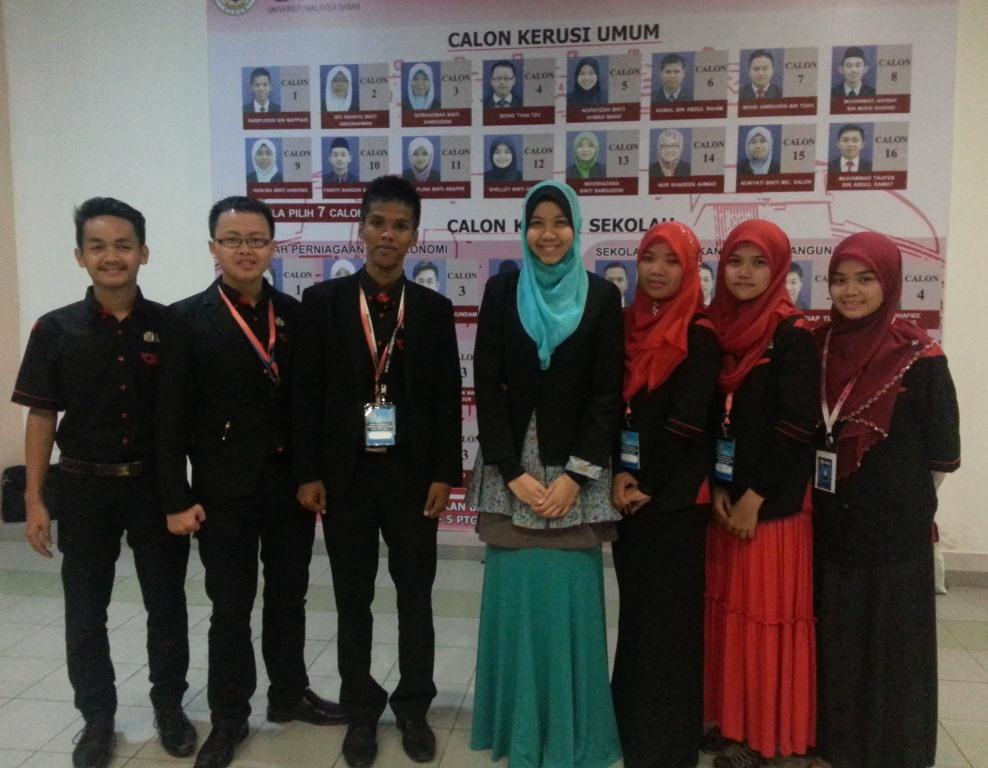 FRIDAY, 01 NOVEMBER – Universiti Malaysia Sabah (UMS) Campus Election (PRK) which was simultaneously held at its branch campuses as well went on smoothly without any hitches.

Voting process began as early as 8.05 am until 5.05 pm which saw a total of 20 new faces vying for the 10 General Seats contested where seven seats were allocated for the Main Campus, whilst the other two for Labuan International Campus (KAL) and one for Sandakan Branch Campus.

3rd year Entrepreneurship Programme, School of Business and Economics (SPE) student, Nurafizah Ahmad Marif was leading other contenders with a total of 2150 votes.

Three other female contestants followed in her lead when they too won the General Seats at the Main Campus. They were Nurlina Arappe (1573), Shelly Arba’ani (1695) and Noorhazana Samsuddin (1482).

Meanwhile, three more General Seats at the Main Campus were filled by male students made up of Saripuddin Mappiasi (1946), Wong Tyan Tzu (1692) and Fandyi Sanizan Jurup (1680).

For the School Seat, a total of 28 seats were contested with each school given two seats each.

The results were announced by the Deputy Vice-Chancellor of Student Affairs and Alumni, Assoc. Prof. Datuk Dr. Kasim Md Mansur.