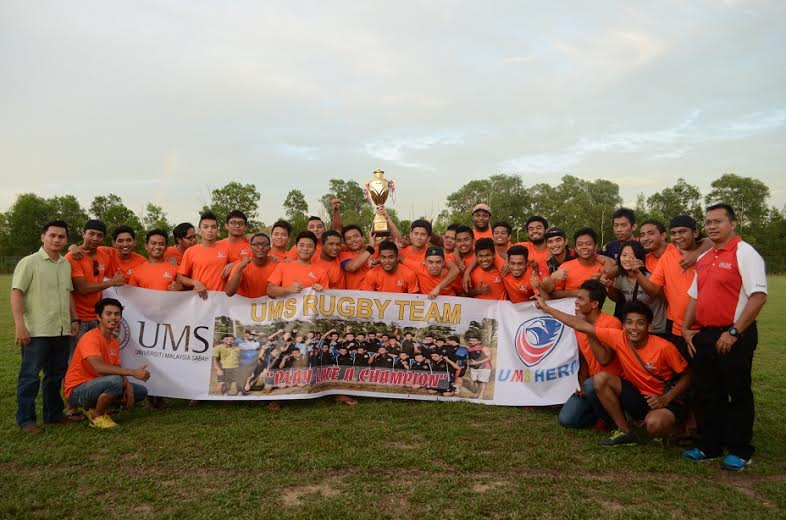 Held at the Sukma field, Kota Kinabalu, the finals saw UMS Team beating Kepayan Tigers with an aggregate of 22-7.

The victory paved the way for UMS team to step up to Division One of the Kota Kinabalu League next season.

It is also a history for the team that was strengthened by two Fijian students, when they became the first team to win the Kota Kinabalu Rugby League Division Two.

According to UMS Team Manager, Deidre Daryl Dasing, she and her team were pleased with their achievements not to mention the team’s ability to suppress their opponents to win the league and emerged champions in the Division Two.

In the next season, UMS will be joined by OSCA, UiTM, Sabah Warrior and KK Sharks in the Division One League. – SS (fl)