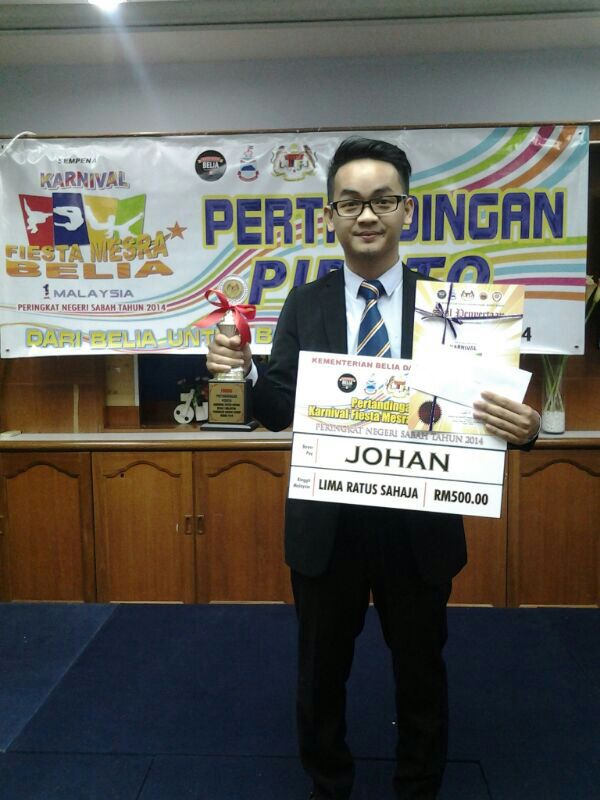 With the title ‘1Malaysia Basic Formation of a Nation’, Fandyi captured the hearts of the judges and brought home the top prize money of RM500, trophy and certificate.

He will also represent Sabah at the national competition held at the Youth Festival in the Federal Territory of Putrajaya, 24–27 May 2014.

Meanwhile, when contacted by reporters, Fandyi expressed his gratefulness with the results.

“This success could not be achieved without the support of the university, particularly from the Department of Student Affairs and Alumni,” said Fandyi who hails from Ranau.

He was determined to bring honour to UMS again at the national competition.

“I need the support of friends. I need your prayers,” he concluded. – SS (fl)