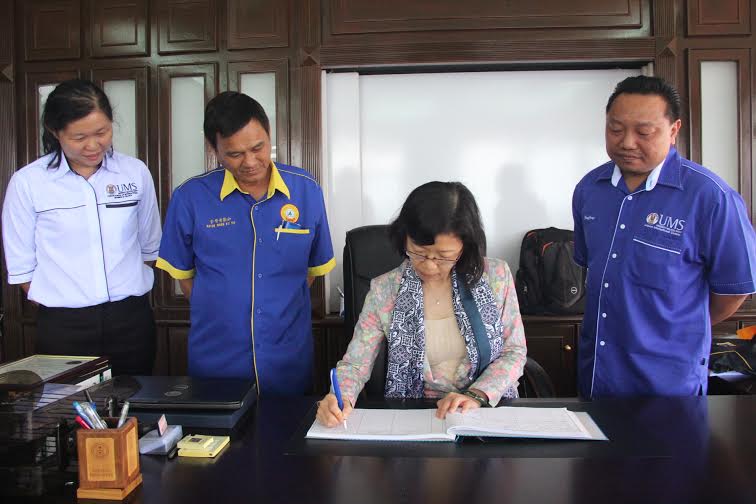 She was accompanied by the President of the Chinese Chamber of Commerce Labuan (LCCC), Datuk Wong Kii Yii held a discussion and briefing with UMSKAL Deputy Director, Associate Professor Dr. Geoffrey Harvey Tanakinjal at his office at Level 13, Tower Building.

Geoffrey represented UMSKAL Director, Associate Professor Dr Murnizam Haji Halik, briefed them on the infrastructure and facilities as well as the teaching and learning environment in UMS Labuan.

He advsied the students to adhere to the university rules and laws of the country for their own security.