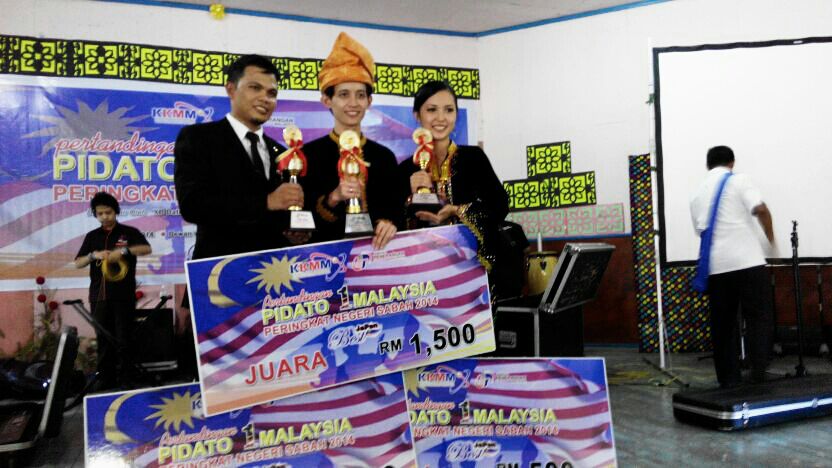 Richard Chai, a graduate of the School of Social Sciences (SSS) beat five other contestants to win the title subsequently representing Sabah to the national competition in Miri, Sarawak in June.

The speech entitled ‘Kreativiti dan Inovasi Pencetus Kecemerlangan Bangsa’ or Creativity and Innovation, the Catalyst to a Nation’s Excellence by this host from the Department of Broadcasting Malaysia and newscaster in KKFM stole the judges’ and audience’s hearts and made him richer by RM1,500. He also received a trophy and certificate.

The opening ceremony and prize-giving presentation which was organised by the Department of Information Malaysia was done by the Sebatik State Legislative Assembly member, Datuk Abdul Muis Picho. – SS (fl)