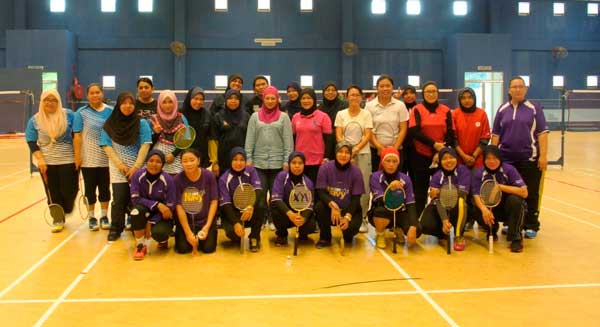 Recently, KESUMBA had a friendly match with BAKAT Laut which was held for the first time as part of their aim in inculcating sports among its members.

At the competition, a total of five events were fielded; Deck Hockey, Futsal, Badminton, Netball and Volleyball.

According to the President of KESUMBA, Datin Baidah Ibrahim; the events were in tandem with the objectives of KESUMBA which was to engage and collaborate with outside agencies in improving the university’s image.

“Win or lose is not the primary aim but more so the meeting and relationship formed, exchange of thoughts and ideas which can bring mutual benefit for both parties,” said the wife of the Vice-Chancellor of UMS.

The Friendly Match was a continuation to the courtesy call by KESUMBA to BAKAT Laut on 19 March this year. – ZMD (fl)