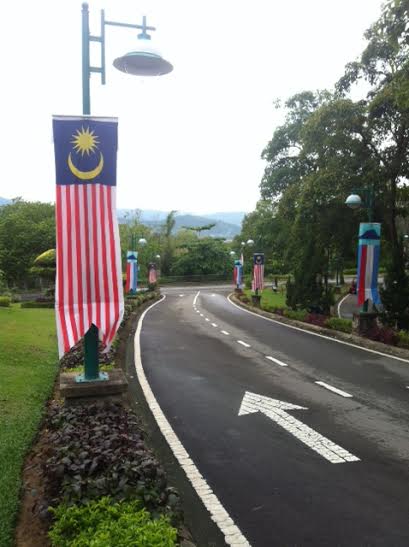 WEDNESDAY, 13 AUGUST – The spirit of celebrating the Merdeka Month continues among the plural society of this nation.

In Universiti Malaysia Sabah (UMS), the response can be seen by the flying of the Jalur Gemilang and Sabah flags around the campus ground.

Chancellery Media survey found the flags, a pride of the state have been placed strategically at the fences of the campus since early August.

The flags were also seen on lamp posts around the vicinity of the main route in the University that included Jalan Perdana Puncak Ilmu, Jalan Samudera and Jalan Canselori.