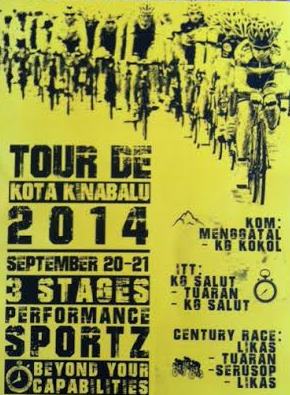 This was confirmed by the Coordinator of the event, Douglas Yu in a press release.

“UMS is an important route because it is hilly with gentle slope and safe for cyclists,” he said.

He was also grateful because UMS was always willing to cooperate and be one of the locations for the event.

The event, organised by PSZ for the second time will use the format of ‘Tour De France’ cycling competition and would involve 10 to 12 groups with each group having eight riders.

The event will be held from 20–21 September, teams will be competing in three categories; King of the Mountain, Individual Time Trial and Mass Start. - SS (fl)