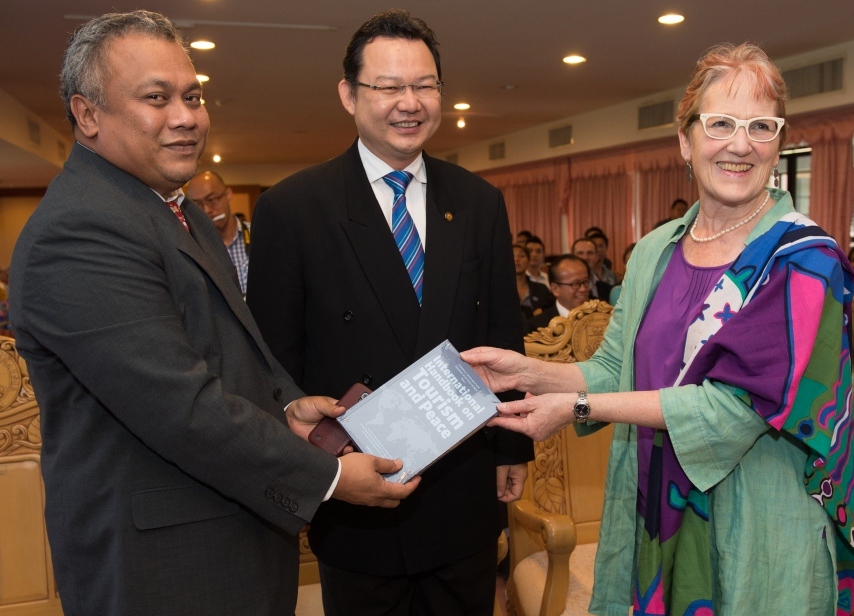 TUESDAY, 08 APRIL – Universiti Malaysia Sabah (UMS) today officially became the only other training centre in the world for the World Federation of Tourist Guide Associations (WFTGA) course, after University of Cyprus.

In his speech read by Datuk Pang, Datuk Masidi said that Sabah had blossomed into a tourist destination to be reckoned with amongst others in the world, and included that a tourist guide remained an important ambassador of the country.

“I am pleased that those discussions in 2012 came to fruition today,” he said, referring to the first recce done by the then President of WFTGA, Rosalind Newlands who surveyed the local attractions, and UMS as a potential partner; culminating into the signing of a Memorandum of Agreement in January 2013 at the 15th Convention of WFTGA held in Macau, China.

Earlier, in his speech read by Prof. Dr. Shahril Yusof, Deputy Vice-Chancellor (Research & Innovation) UMS, the Vice-Chancellor, Prof. Datuk Dr. Mohd Harun Abdullah acknowledged the goal of WFTGA courses in providing further training to uplift a guide’s professionalism. This was to comply with the ASEAN Tourism standards by 2015.

Current WFTGA President, Felicitas Wressnig mentioned that the association was proud to have more than 82 countries as members and welcomed the first cohort of participants both locally and internationally.