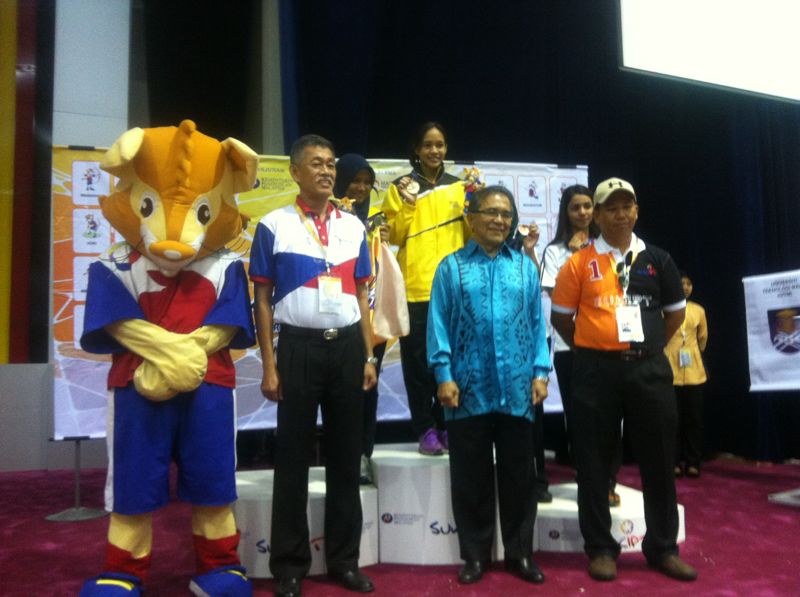 The championship which had been going on for three days ended yesterday which showed UMS athletes bringing home 5 gold, 6 silver and 3 bronze in the first edition of the games.

The closing ceremony was officiated by the Education Minister II, Datuk Seri Idris Jusoh at the Tuanku Agong Canselor Hall Universiti Teknologi Mara (UiTM) Shah Alam which was also the host this year.

“Those who won gold in the Games will be considered for a sports scholarship from the Education Ministry,” he said to a thunderous applause by the athletes.

He also expressed delight at the accomplishments of the athletes and hoped they would be able to bring honour to Malaysia at international level in future.

SUKIPT 2014 saw 13 games being competed and was participated by 8,000 athletes from 107 contingents from higher education centre througout the country with 98 new records made.

Of the total, 36 new records were made through pool events, 19 athletics events including four and three respectively through shooting and archery events. - ZMD (FL)