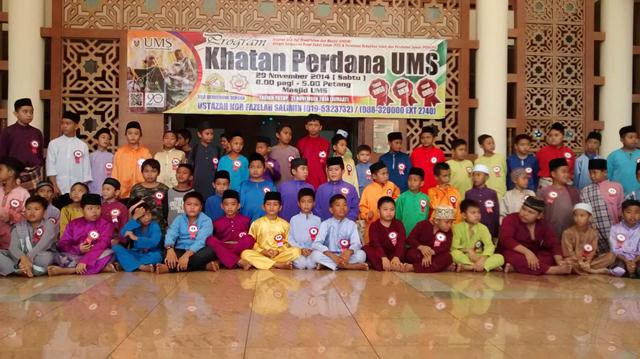 TUESDAY, 2 DECEMBER – It may have caught you by surprise to read the title of this news but the reality is that every male Muslim boy would have to go through such situation, considered to be a ‘terrifying’ experience at least once in his lifetime.

According to the Head of UHEIM, Dr. Muhamad Suhaimi Taat, the event organised yearly received encouraging participation from among children of UMS staff and surrounding residents.

“We organise this programme every year end and the fee of RM60 charged is much cheaper than at private clinics,” he explained.

Dr. Suhaimi also said, the programme had the full cooperation of the Sabah Central Zakat (PZS) and the Sabah Islamic Charitable and Medical Association (PERKIPS), which provided the doctors who performed the circumcision process. – CD (fl)