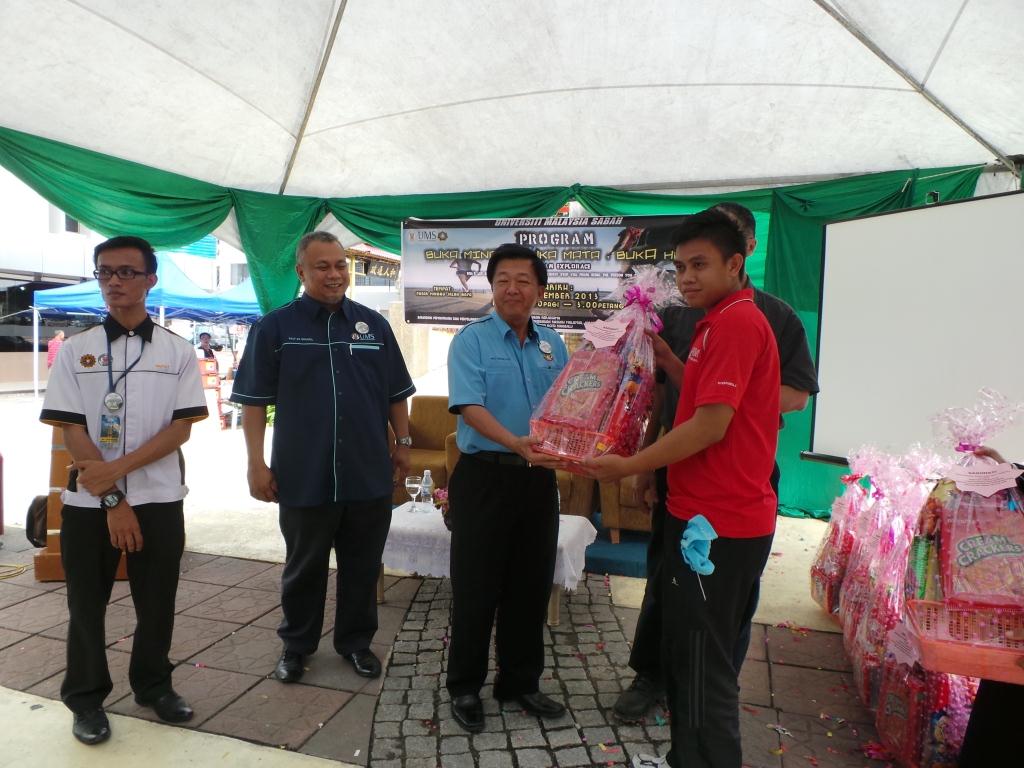 MONDAY, 16 DECEMBER – Recognising the importance of combating and preventing corruption among the society, Universiti Malaysia Sabah (UMS) Anti-Corruption Prevention Secretariat organised a programme aiming at shaping the young generation who would be capable to thwart corruption.

According to City Hall Mayor Datuk Abidin Madingkir, the programmes were capable of producing undergraduates who were responsible in assisting SPRM in combating corruption thus helping to form strong social ties between the campus community and society.

He said this in his speech during the closing ceremony of the programme at Deasoka Crossing, Kota Kinabalu. His text was read by DBKK Director-General, Datuk Yeo Boon Hai.

“I hope that the undergraduates would become quality human capital in terms of integrity, strong discipline, strong spirit and strong personality backed by a strong foundation as excellent future leaders,” he added.

Earlier, Deputy Vice-Chancellor (Research and Innovation) UMS, Prof. Dr. Shahril Yusof said corruption should be prevented from an early stage before it damage the Malaysian culture.

“Corruption must be addressed from the grassroots level so that it will not become cancerous to the nation in future,” he stressed.