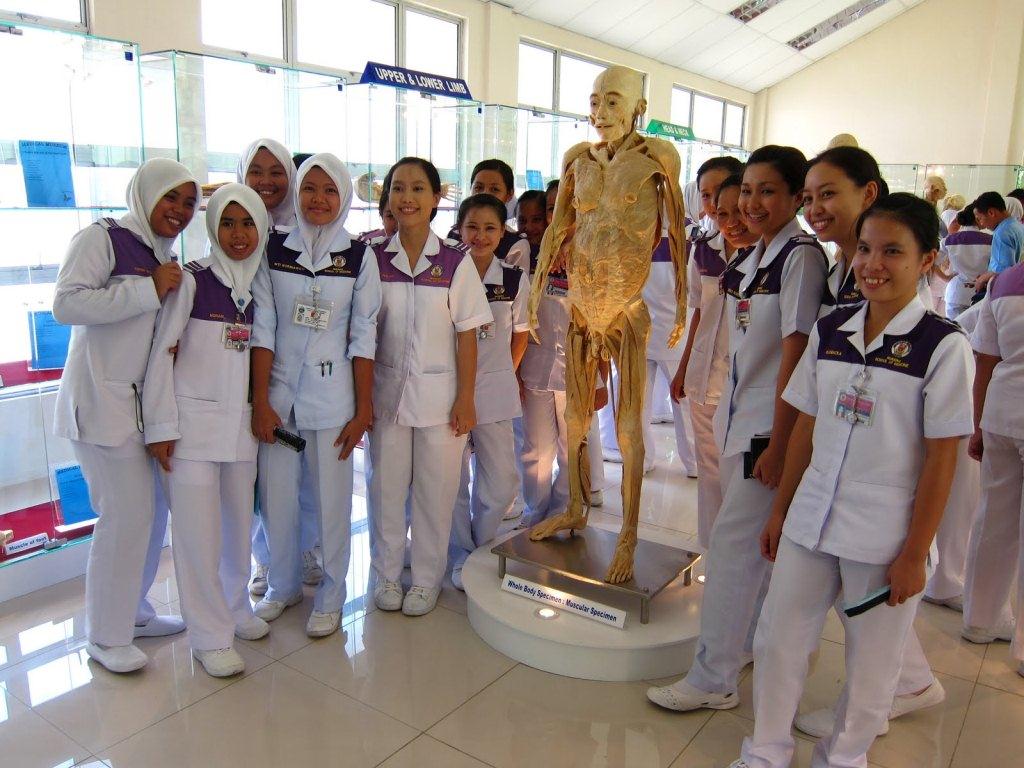 FRIDAY, 13 DECEMBER – The Museum of Medicine, Universiti Malaysia Sabah (UMS) proved to be a symbol of aspiration and excellence in medicine towards making UMS one of Malaysian local universities to produce experts in the medical field.

Located at the Plastination Lab of the School of Medicine (SPU), the museum became one of the many attractions in UMS when it opened its doors to local and foreign visitors alike.

According to the Medical Museum Curator, Faranizah Taufick, visitors to the museum had been increasing every year since it officially opened in 2010.

“In the second term of this year alone, the museum has received over 1,000 visitors comprising primary and secondary school students from all over the state. We expect the number of visitors to increase every year,” she said.

She added that there were plans to improve the existing building to accommodate to the ever increasing visitors.

“At present we are charging an entrance fee of RM3.00 for visitors who are 18 years old and above, RM2.00 for 17 years old and below and free for UMS staff and students. It is possible that we increase the fee if the facilities are more informative and improved, in future,” she added.

In addition to the Medical Museum, SPU also has an Ibnu Sina (Avicenna) Resource Centre which contained human specimens which are utilised by medical students of SPU as a point of reference.

According to Faranizah, they intend to open the resource centre to the public as a place where they can visit such as the Medical Museum.

“Due to space constraint, the resource centre now is only limited to SPU students, we are planning to expand the existing space so that it can accommodate more students and visitors at any one time,” she said.

The Medical Museum is open everyday except Mondays and public holidays as early as 9.30 am until 4.30 pm. The Ibnu Sina resource centre is currently limited to the use of SPU’s students. – ZMD