All Praises For TCTP 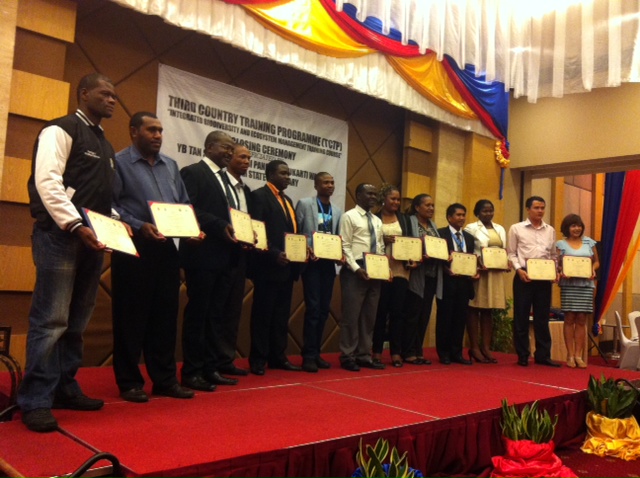 When met by UMS Chancellery Media, all participants were amazed with our biodiversity and cultures of Malaysians especially Sabah.

For Botswanian, Keorapetse Jenamiso, his participation was the first and he was impressed with the uniqueness and beauty of the natural biodiversity of this state.

He said the first hand experience at the Wetlands of Kinabatangan-Segama downstream was priceless and hoped to bring those ideas back to his home country.

He added, the opportunity to be in Sabah gave him the chance to shop for pearls as souvenirs for his family, an item which was difficult to get back home.

Meanwhile, Zacharia Ambrose Wambura who originated from Tanzania said that he was excited with the Homestay programme which was run by the villages as a way to increase their income.

“Such efforts have not been introduced in my country yet. We see that this not only increase the tourists arrivals to our country but also raise the living standard in the village. I will bring this idea to Tanzania,” he said, where Zacharia is now serving at the Ministry of National Resource and Tourism in his home country.

TCTP participant from Philippines, Merlito Villar believed that Malaysia was way forward in its thinking.

“I originally thought that this country and especially Sabah would be concentrating on agriculture only. However, it is quite different from what I imagined. It is a great state with clear direction towards development and well balanced in preserving the natural state of beauty,” he said and this was the first time he sat foot in this country.

The official closing ceremony was officiated by the State Secretary of Sabah and member of the Board of Directors of UMS, Tan Sri Sukarti Wakiman. – SS