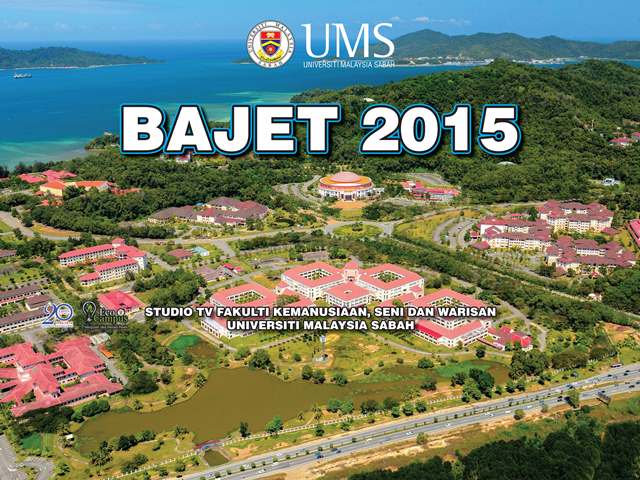 FRIDAY, 10 OCTOBER – Universiti Malaysia Sabah (UMS) was the location for the live telecast of the Pre-Budget 2014 on Astro Awani in conjunction with the announcement of the Budget 2015 which will be announced by the Prime Minister, Dato’ Seri Najib Tun Razak.

During the interview, the panel from UMS, Dean of the Faculty of Engineering, Prof. Ir. Dr. Rosalam Sarbatly touched on the basis of industry such as energy and infrastructure sectors need to be improved to develop the state.

“The development of energy and infrastructure sectors in Sabah are lagging behind and these could be the factors to the lack of interest among investors to invest in Sabah,” he said.

He added that the rich natural resources in Sabah should be used to attract industry players and investors to contribute to sustainable development.

“The interaction with natural resources such as petroleum and gas can be made into the state government’s deposit to develop energy sources such as hydroelectricity that would be able to control the increase in electricity tariffs,” he said.

He also touched on UMS’ efforts to produce skilled human resources in the field of oil and gas by offering undergraduate and postgraduate programmes to assist the state government in developing related industries in the state.

The interview also featured several other panels such as the President of the Malay Chamber of Commerce Malaysia Sabah Branch, who is also a Member of UMS Board of Directors, Datuk Awang Buhtamam Mahmun and Deputy Vice-Chancellor (Research and Innovation), Prof. Dr. Shahril Yusof. – ZMD (fl)