Media Division UMS To Work Closely With Other Media 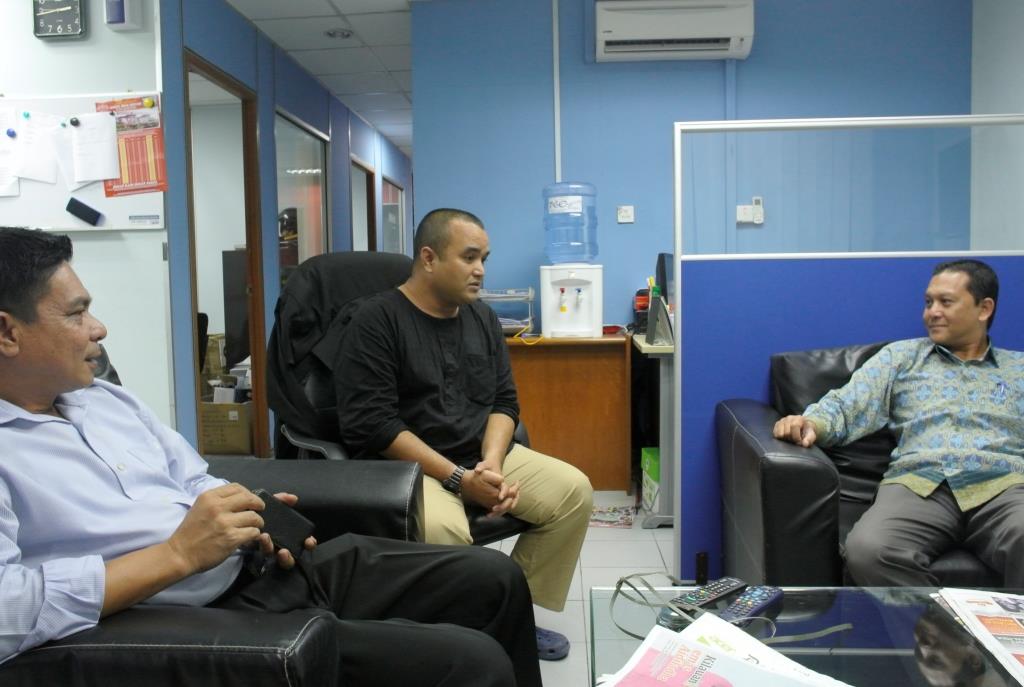 WEDNESDAY, 16 OCTOBER – The Media Division, Chancellery Department had taken the initiative to work closely with the local and national media when they held courtesy calls to the officers of Chief Editors of newspaper organisations around Kota Kinabalu, recently.

The courtesy call was headed by Media Division officer, Che Hasruddin Che Hasan among others acted as a platform for both UMS and media to discuss on possible cooperation which could be implemented by both sides.

Besides that, Che Hasruddin said that such initiatives should be continued to foster closer rapport between UMS and all media fraternity in Sabah which have been established since before. The visit he said also gave opportunity for UMS to express its thanks and gratitude to all local and national newspapers that have been supporting and publishing news about UMS.