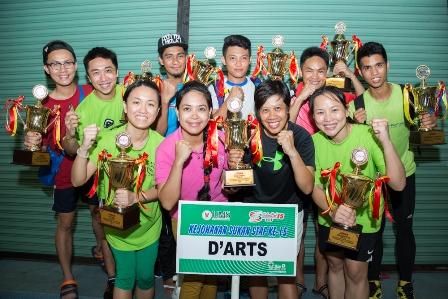 Silvers are contributed from Chess (Female), Sepak Takraw (Male Senior) and Golf while bronze is achieved by Tennis game.

Following in the second place is Super 7 Contingent with 5 golds, a silver and bronze. The third place goes to Royal Esteem with 3 golds, 4 silvers and 2 bronzes.

UMS Staff Sports Championship was held in two days in 17 and 18 April with 23 sports are contested.