SME Entrepreneurs Will Get Positive Impact Through PPRN 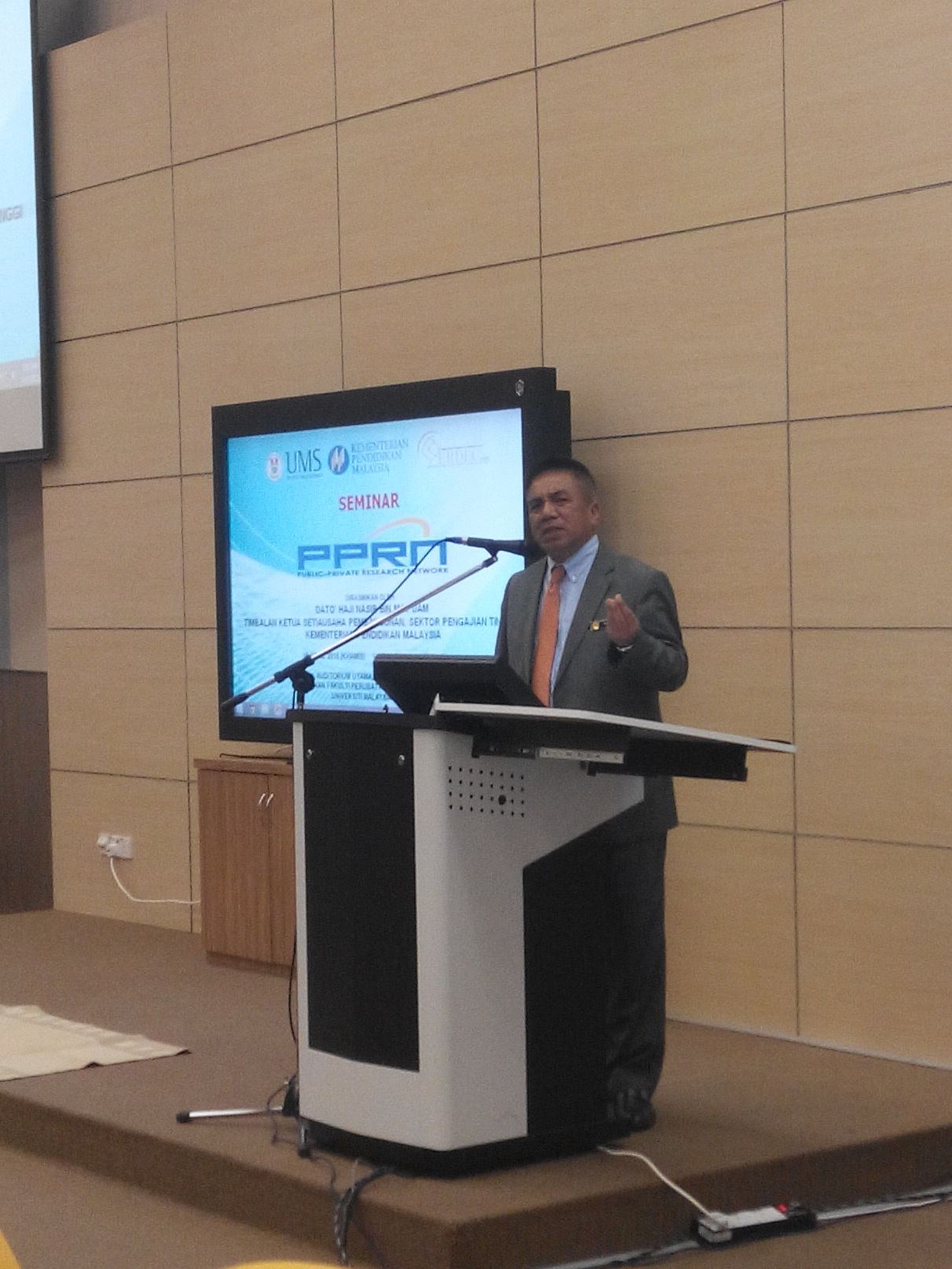 THURSDAY, 16 APRIL – Small and Medium Enterprises Entrepreneurs (SMEs) were urged to take advantage of the Private-Public Research Network (PPRN) Seminar to increase their productivity and income.

According to the Deputy Secretary (Higher Education Development) Ministry of Education (MoE), Dato’ Haji Nasir Mat Dam, the seminar provided an avenue for SMEs to express their needs and problems faced to be studied by researchers at higher education institutions.

“Based on input obtained, the researchers will undertake research and innovation aimed at addressing the constraints thus increasing the efficacy of their products and to generate higher revenues,” he said when opening the PPRN seminar Sabah level which took place at the Main Auditorium, Faculty of Medicine and Health Sciences building, Universiti Malaysia Sabah (UMS).

He said, PPRN also allowed all researches at university level, which was previously not been commercialised to be made applicable to local companies to help them develop their businesses.

He said such approach was the government’s measures to ensure that the people of this nation continue to move forward in line with the country’s vision to become a developed nation with high income by 2020.

“In a nutshell, PPRN is an initiative of MoE to encourage innovation programmes based on demands to increase productivity and strengthen economic development in Malaysia.

“This initiative was announced by the Prime Minister, Dato’ Seri Mohd Najib Razak when tabling Budget 2015 in October last year and later launched it at the Putrajaya International Convention Centre (PICC) on 24 February 2015,” he explained.

Earlier, UMS Vice-Chancellor, Professor Datuk Dr. Mohd Harun Abdullah in his speech read by the Director of Labuan International Campus (KAL), Associate Professor Dr. Murnizam Haji Halik said, MoE had given the mandate to the Entrepreneurship Research and Development Centre (ERDEC) UMS as a mover of PPRN in Sabah.

“Our main focus will be to include problem solve SMEs productivity. Those involved in this programme are very lucky as PPRN will provide funding of up to RM50,000 for each problem that would be solved with the cooperation from entrepreneurs and academics,” he added.

The seminar was attended by the Chairman of Entrepreneurship Unit MoE, Datin Dr. Syahira Hamidon and UMS ERDEC Director, Dr. Ramraini Ali Hassan and was participated by more than 300 SME entrepreneurs from around Sabah. – SS (fl)