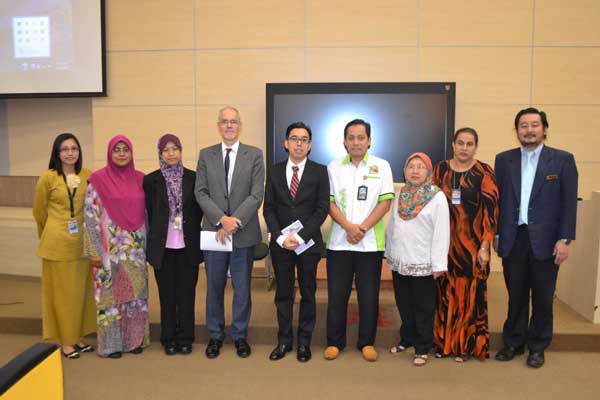 The symposium, which featured more than 100 people had been officiated by the Dean of SPU, Prof. Dr. D. Kamarudin D. Mudin.

In his speech he said, the aim of this symposium was to introduce tobacco control activities to as many health care providers in Sabah and also to those interested in tobacco control.

The scientific content was aimed to provide an introduction to the science of tobacco control and also recent local and international updates. This symposium had been equally divided in content between tobacco prevention which included policy development, and tobacco cessation.

“The latter is least often emphasised due to the lack of local experts within Malaysia. The recent Global Adult Tobacco Survey (GATS) 2011 found that only 52.6% of patients who visited a health care provider were advised to quit. This figure needs to be improved and done quickly,” he added.

Dr. Kamarudin said, Malaysia through the Ministry of Health had provided nearly 300 quit clinics throughout the country.

He also informed that treatment were subsidised to those who attended these clinics which were conducted by medical doctors.

GATS identified current rates of smoking among Malaysians to be 23.1% with 43.9% being male from an overall 4.3 million Malaysians who smoked tobacco daily.