UMS Picked To Be Shooting Location For Action Film 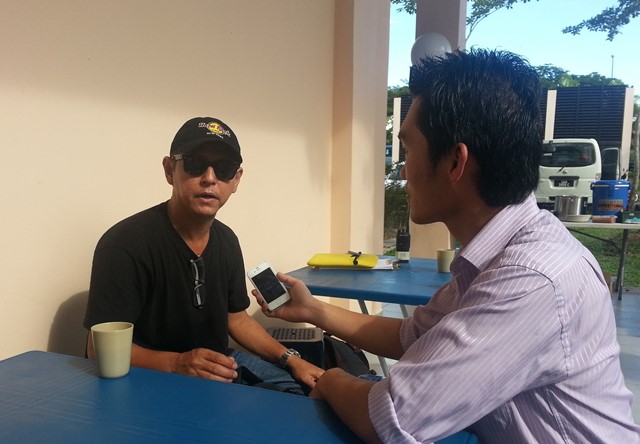 THURSDAY, 06 JUNE – Universiti Malaysia Sabah (UMS) continues to be the centre of attraction by foreign and local visitors including a Peninsular Malaysia based film production house. This EcoCampus University was the location site for a film by renowned national film director, Bade Hj. Azmi.

The film which features famous actresses like Liyana Jasmay and Sharifah Amani, covered some interesting locations in UMS which are normally visited. Among them was the library which is well-known for its beautiful landscape besides the 1MegaLab which is fully equipped with 500 thin client computers.

When met by newsman, Bade expressed the reason he chose UMS as the location for his latest film was because he was synonym with the university through close cooperation with some UMS lecturers, and students who went through internship at his production house. Besides, he added, the university which is environmentally friendly are complete with interesting facilities which are suitable with the scenes of the new film under his direction.

“I am thankful to the university for the opportunity given to us for this shooting. We might be coming back to UMS in future as there are many more interesting places which are seen to be appropriate for filming locations,” he added.

Besides UMS, the action film entitled ‘Sindiket’ had also chosen Semporna and Tawau to be included in their shootings. - FL