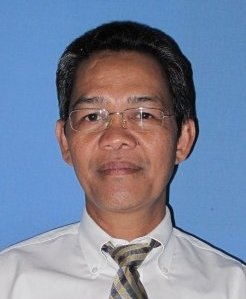 WEDNESDAY, 25th MARCH – Broadcasting media is one of effective mediums in giving out information on the government plans and policies.

According to him, the new challenge in this era would be whether the content inserted by radio stations is relevant to the nation state development or just merely entertainments.

“When we touch on the subject of nation state development, this subject also involving the process on developing knowledge, economies and peoples’ social life,” he added.

“If the people have knowledge; then, they can change their lives. This is also one of the development processes,” he explained more.

Sharing his experience when he was working with ‘Radio Televisyen Malaysia’ (RTM), he said that contents of the programmes and strategies are the key element in disseminating government ideology to strengthen racial unity.

“Without solidarity, a nation state will never succeed,” he said while presenting his paper, ‘The roles of Broadcasting Media in Building Nation’.

He also touched on new media nowadays. The new media are seen to be able to cover wider audience and also interactive.

“Today, social media are more interactive than the mainstream media, but the people need to be smart by thinking over information that they have received,” he stated.