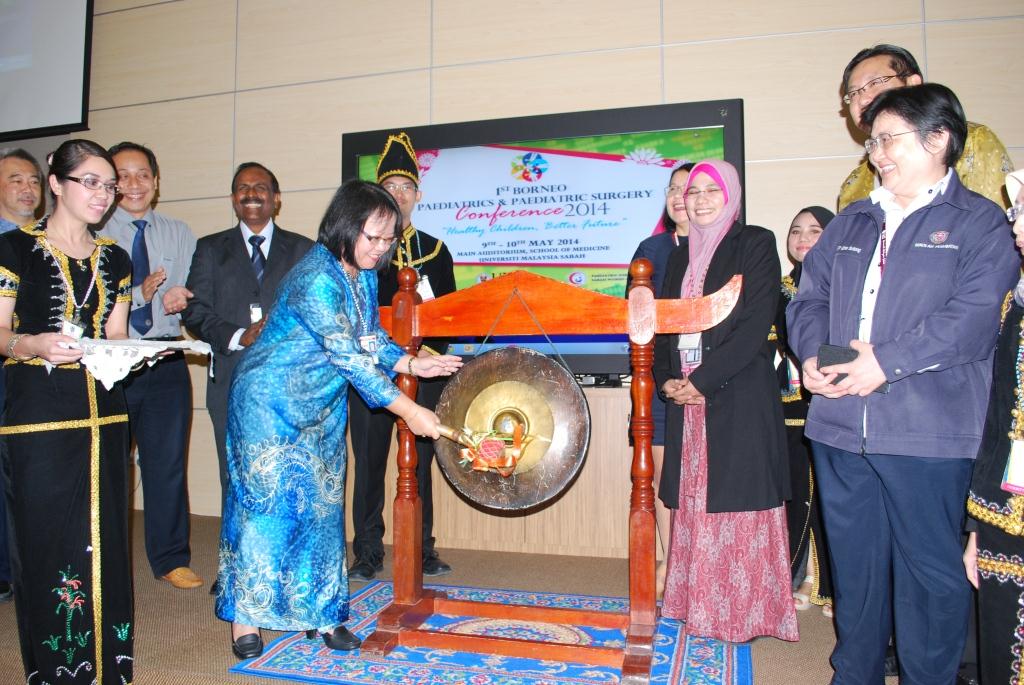 MONDAY, 12 MAY – About 500 participants attended the 1st Borneo Paediatrics & Paediatric Surgery Conference 2014 which was held at the Main Auditorium, Faculty of Medicine and Health Sciences, Universiti Malaysia Sabah on the 9 and 10 May.

The inaugural seminar was jointly organised by the Women and Children’s Hospital Sabah in conjunction with UMS 20th anniversary with the theme ‘Healthy Children, Better Future’.

According to the State Health Department Director, Dr. Christina Rundi, the establishment of the Faculty of Medicine and Health Sciences (formerly known as the School of Medicine), UMS had produced many graduates who were now building their career and became specialists at the Ministry of Health.

“We at the State Health Department are grateful with UMS for the contributions made in increasing the ratio number of doctors to patients in the state,” she said when declaring open the conference.

He added that the participants were fortunate to be able to share their experiences with some paediatricians who were specially flown in from Australia, New Zealand and Brunei.

Earlier, the Dean of the Faculty of Medicine and Health Sciences UMS, Prof. Dr. D. Kamarudin D. Mudin said students will take courses in paediatrics in the forth and fifth year and surgery in the third and fifth year.

“Every year, UMS students are sent to the Women and Children’s Hospital Sabah and we thank the hospital for accepting our undergrads,” he said.

In addition, a total of 12 research papers would be presented during the six sessions involving paediatrics from within and outside the country. – CD (fl)