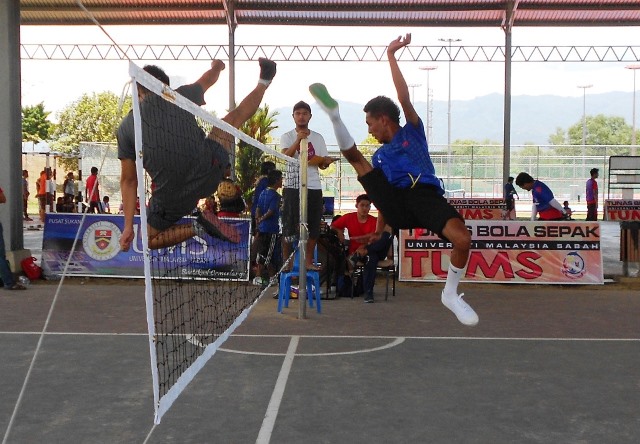 Besides Sepak Takraw which involved 12 teams, various sports activities were also organised.  Among them were futsal, netball and volleyball.  The good weather adds up to the fine performance by our UMS students.

The organising of this championship among others was aimed at giving opportunities to UMS students to be active in sporting activities and a ground to uncover new talents that can be included in major sporting events.  It was also a step to cultivate healthy lifestyle through sports and recreation. – FL